Melissa ‘Thunder Rosa’ Cervantes is known for her Lucha Libre and American wrestling career. She is set to make her debut in San Antonio on Friday, November 8 with Combate Americas, her opponent has yet to be determined. 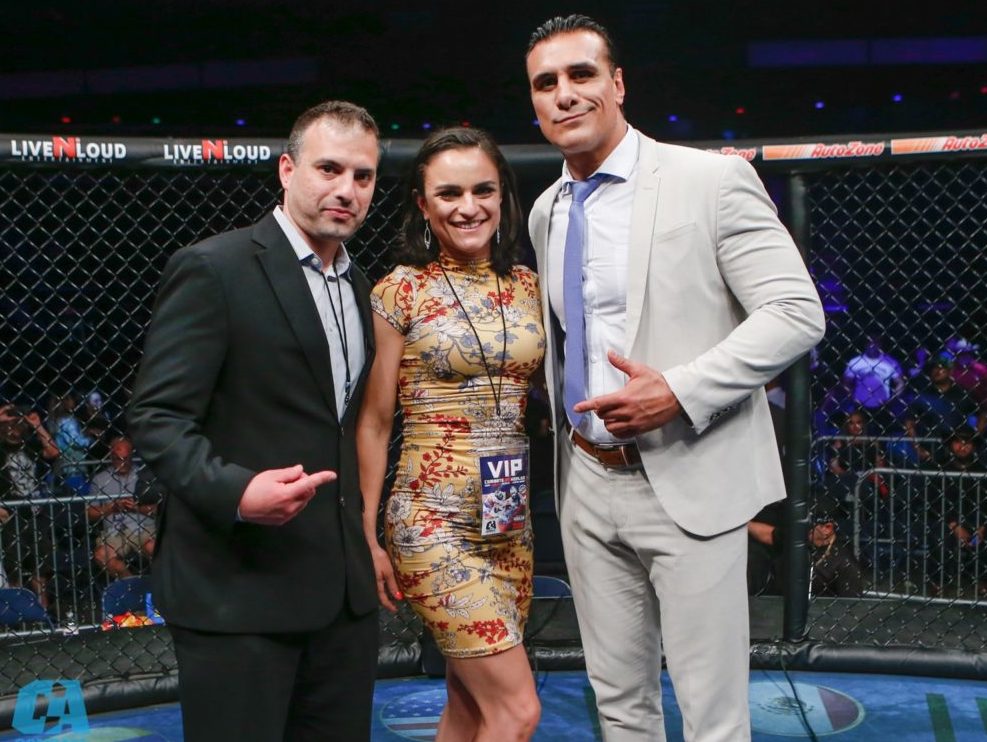 “I want to thank all my family for trusting me with this crossover. It’s something I was curious about doing. For quite a while I started training in jujitsu a couple of years ago. I see a lot of the guys training for fights. Once I decided to do it, it’s such an amazing transformation,” said Cervantes.

WOW, wrestling was her last stop in that genre, and she had nothing but good things to say about the company and the owner, Jeanie Buss.

“It’s really cool here,” she said as she on the day of her final taping. “It’s all women wrestling, and you don’t have anything like that on television, on mainstream, at all. It’s very cool and very empowering. We can show that we are superheroes in our own way. A lot of us are moms. We are able to survive and function in society, so I think it’s cool.”

Wrestling their champion, Tessa Blanchard was a high mark for her. She got to wrestle for the championship, and she was a champion in Mexico.

She is training hard for her debut. Harder than many might think.

“You have to be there non-stop 40 hours a week at least six months before a fight like this. It is very intense,” she revealed. “You have a full-time job and you have to manage your personal life and this. I am giving this my all even though I’m busy with my job. I don’t skip practices. I’m the first one there and the last one to leave. I’m always willing to learn.”

Right before the fight. Will she be nervous or anxious?

“All of the above. You want to be your best. You don’t want to let your team down. I’m going to be as prepared as possible. Once I get in the cage it will be all that I’ve waited for all this time. I will enjoy it,” Cervantes said.

San Antonio is her home crowd. How will she get the crowd behind her?

“Not clapping of course. This isn’t wrestling,” she laughed. “The heart and passion you put in can translate. I think in this sport you gain the respect of the spectators. And even if some of the participants don’t come out as winners, they gained respect because they showed so much heart.”

She was athletic growing up but circumstances stopped her from reaching her potential at that time.

“I played some basketball when I was around nine. I couldn’t play soccer because of the circumstances my family couldn’t afford it and I was working in High School,” Cervantes added. “I was focusing on helping my family out instead of helping out me. I never had the chance to show off my athleticism in a team sport. I wish this would have happened.”

Even though it’s a non-team sport, there is a sense of family that she feels for the sport and she started to cry.

“You know that you have your team. The people in the corner are there for you no matter what. I don’t feel like I’m going in alone. It’s really exciting,” she said with her voice cracking. “It’s a big thing. I see it in a lot of women I’ve been following the last couple of years. They are fighters and moms. They have to sacrifice so much to do this. All of their dreams. I’m so excited. It’s another level of badass-ness.”

She has a cheat meal and lately, she’s had to stay far away from it.

“I’ve been dying to eat donuts and tortas or ice cream. You don’t know the struggle when you’re cutting weight. It’s so hard,” she reinforced. “You have to stay super dedicated. I don’t want to be in a month in and have to lose 20 pounds. I’m always very lean but this is the leanest I’ve been in a long time.”

When I pushed about what ice cream that would be, she snapped back with “Cherry Garcia”.
Now an American citizen she hasn’t forgotten her roots.

“I want to represent my culture and my people.”