Dynamo Moscow secured two imports on two-year deals. Czech international Dmitrij Jaskin, who was particularly effective in tandem with Vadim Shipachyov this season, has agreed an extension, while Slovak defenseman Michal Cajkovsky is also coming back to Moscow. The Blue-and-Whites also secured the services of head coach Vladimir Krikunov for another season.

Across town, CSKA forward Anton Slepyshev extended his stay with the Army Men for another two seasons. The 25-year-old had been linked with a return to Edmonton but has committed himself to KHL until the end of the current Olympic cycle. Konstantin Okulov inked a one-year deal.

Justin Azevedo, one of the longest-serving imports in KHL, signed a one-year extension with Ak Bars.The Canadian will play his seventh season in Kazan and his eighth in the league as he looks to add to his 2018 Gagarin Cup win. 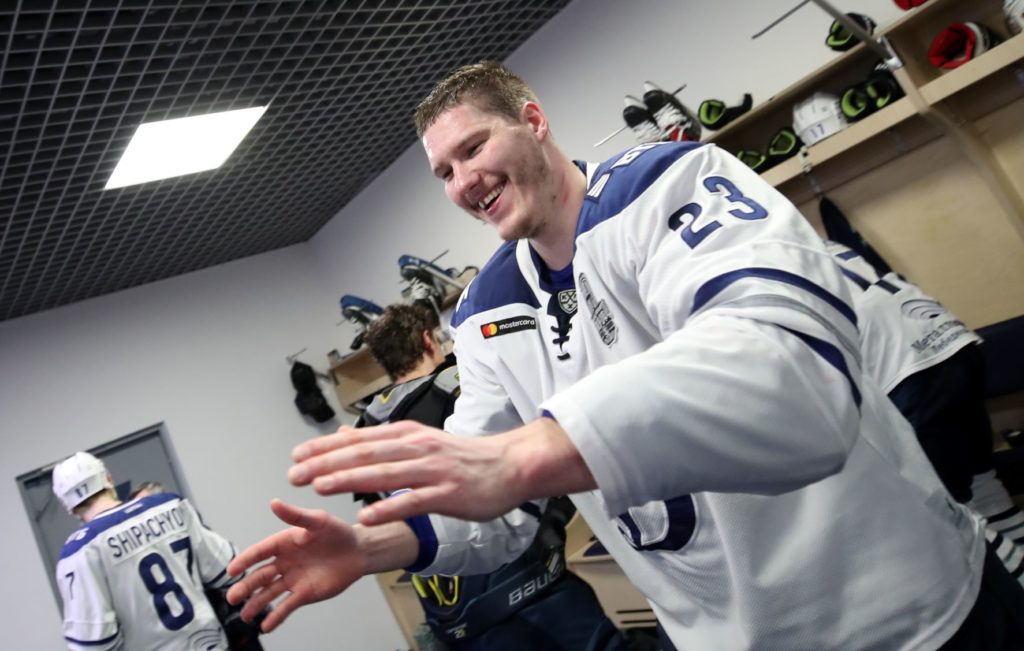 Jaskin photo courtesy of the KHL