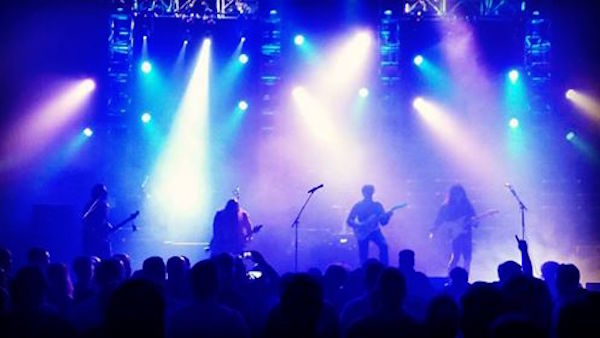 After covering the Generation AXE tour I now have a new found respect for the guitar tech. Yes you get to tune of the axe’s of legends like Tosin Abasi, of “Animals” fame, Nuno Bettencourt, who was in the band “Extreme”, Zakk Wylde, of Ozzy Osbourne fame as well as Black Label Society, Steve Vai, has worked with Frank Zappa, Billy Idol, David Lee Roth and many others and the incomparable, Yngwie Malmsteen but sometimes you feel the wrath.

This tour is well worth your time and your money. It will satisfy your urge to see amazing guitar solos that you most likely won’t see at a pop concert. Malmsteen had a flawless first song. He was amazing. He was as fast as any guitarist you’d ever see. He was hitting every note. He was throwing around his guitar and never missed a note. And then it happened. He called over the tech. Something was wrong. He started playing the second song and then something happened again. There was a pause during the third song. When that happened Malmsteen mouthed, “It’s not f’in working!!”.

Most of us in the audience were happy. We were entertained but his ear is the one that matters. When the tech stared back at the sea of amps you could see a though bubble of ?? above his head. This job is performed in public. This guy was trying his best.

Things were “fixed” and his set was great. Vai came on and smoothed things over in his set. He didn’t have any issues and he was a great closer. This tour was his idea, and now at 55, he had the gravitas to get it done.

Every guitarist should take a bow, especially Vai. So should the tech who did everything short of a cartwheel to satisfy the talent.