You are here
Home > Hockeyology > Some Takeaways from Flyers Development Camp 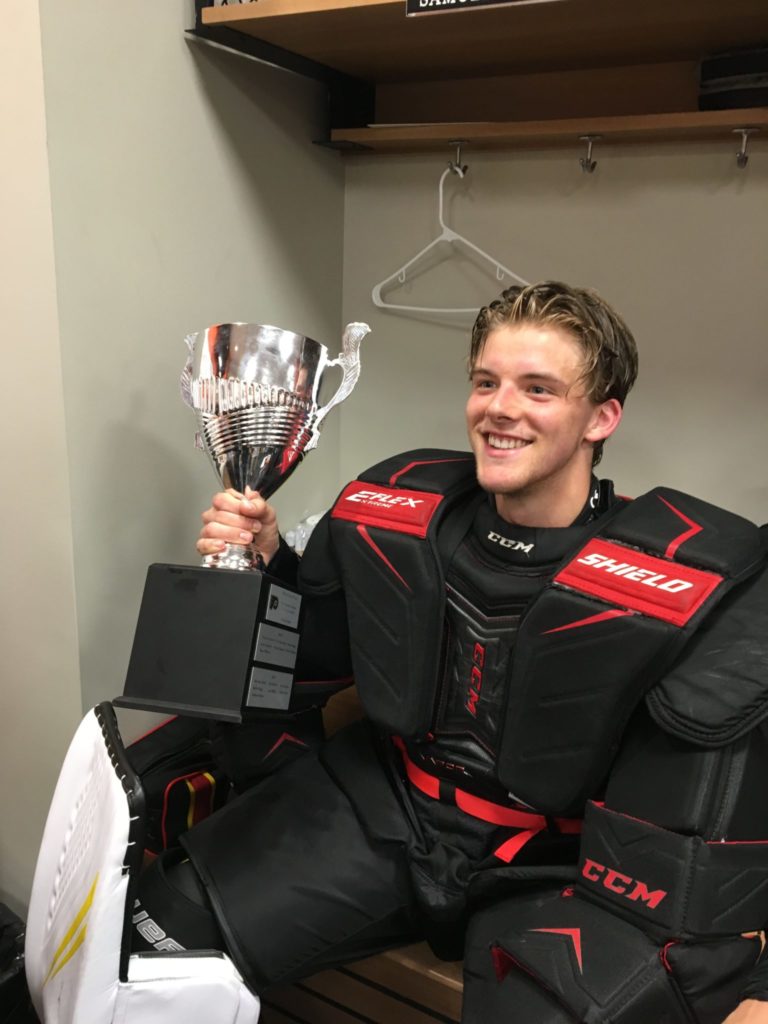 Samuel Ersson – He made some great saves in the 3-on-3. He’s different. He looks the most like a pro even though he’s only 19. He was on the winning team (pictured above).

Kirill Ustimenko – He showed off a wicked glove hand and great leg strength against the post. He was very hard to score against in this even though it’s geared for scoring.

Felix Sandstrom – Great positioning. Steady. Tracks the puck very well. Doesn’t move as fast post to post as the other two. Maybe the angles because in this game it’s crazy different than what he’s used to.

Ronnie Attard – His edge work was on display. His passes were accurate and he is surprisingly agile for a man of his 6-3, 207-pound stature.

Morgan Frost – Hands down the best player at camp. His skating, passing, ability to do what he wanted with the puck. It was crazy good.

Cam York – He was the best defenseman there bar none. His skating and edge work is great. He was impossible to pin in on any play. He always had an escape plan. That’s how good his skating is against that age level.

Joel Farabee – His shot has a lot more force behind it. His defense is improved. His puck security needs work. He looks stronger than the time I saw him live this winter.

Wade Allison – An 85% knee still makes him better than a lot of prospects. He sniped a few goals in the 3-on-3 but what I like about him is he scores situational goals. Last season I saw him in a game. His skating was bad. We all found out he was 50% healed last season. Glad I didn’t reveal that. I knew he had knee surgery. He was thankful too and was happy to hear he has a lot of fans supporting his return to form.

Pascal Laberge – He gets an honorable mention for still possessing great hands and eye-hand coordination. If he gets lost in the shuffle, he has a way to remind you he has talent.