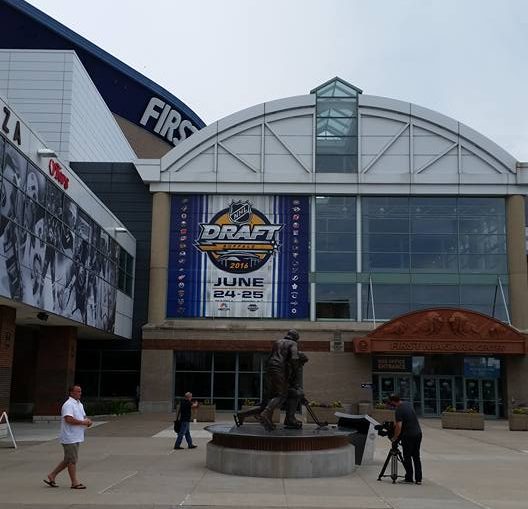 When you lose your #1 center things can get mixed up in a hurry. That happened to Team USA but that’s no excuse. They didn’t figure out how to solve Slovakia’s shot blocking machine in a 3-2 loss.

I wrote about Samuel Bucek in my last article and boy did he have a great game. He had 3 points. That last goal was a thing of beauty. He outworked the entire team. He made goaltender, Joseph Wall commit and he followed up his own rebound for the goal.

I’m assuming Brown will be out tomorrow. He’ll be missed but if there’s any chance of him playing again in this tournament you can’t have him play outdoors. Team USA really needs to win this game against Canada. They’re falling behind in the standings and tomorrow will be a huge test for them.

The Slovak’s blocked a lot of shots and that was something Team USA didn’t have an answer for. Casey Mittelstadt had an answer for it on his goal and I think he’ll be the top center now. He was already winning key draws in this game.

“You can’t really sit on this loss. There is a quick turnaround with a 3PM game tomorrow. There’s a lot of elements to factor into the game. It’s a big game for us,” said Team USA defenseman, Adam Fox.

Brady Tkachuk had a great goal and a solid game. He is getting better and better. Quinn Hughes (pictured below) continued to impress in all facets of the game. This was a situation of the Slovak’s just playing a better game. You never know when an upset is going to happen and this was a big one. 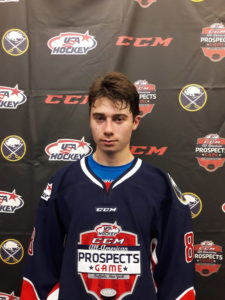 “We all have to deal with it (the 3PM start tomorrow) but we’ll be prepared and ready to go. We are going to learn from it and get better as the tournament goes on. We have to bring our “A” game tomorrow. It’s a big game for me and my first outdoor game. My brother (Matthew) and my dad (Keith) have played in big games against Canada,” said Tkachuk.

Head coach Bob Motzko did a lot of line juggling. Here are some tandems I thought worked well:

Jake Oettinger should be getting his turn between the pipes in the outdoor game. He has a great pedigree. He played really well for Boston University last year. He played in big games so that will help considering this will be a massive start for him. He has a great sitck, he doesn’t panic and he has great leg extension, all good ingredients to play outdoors when weird things can happen.

Canada will continue to be strong on the forecheck. Team USA has to be ready for that and that’s why Brown will be missed. They can match that, and have to. This should be a close game and it may come down to goaltending.