You are here
Home > Hockeyology > Winter Classic Temperatures and More 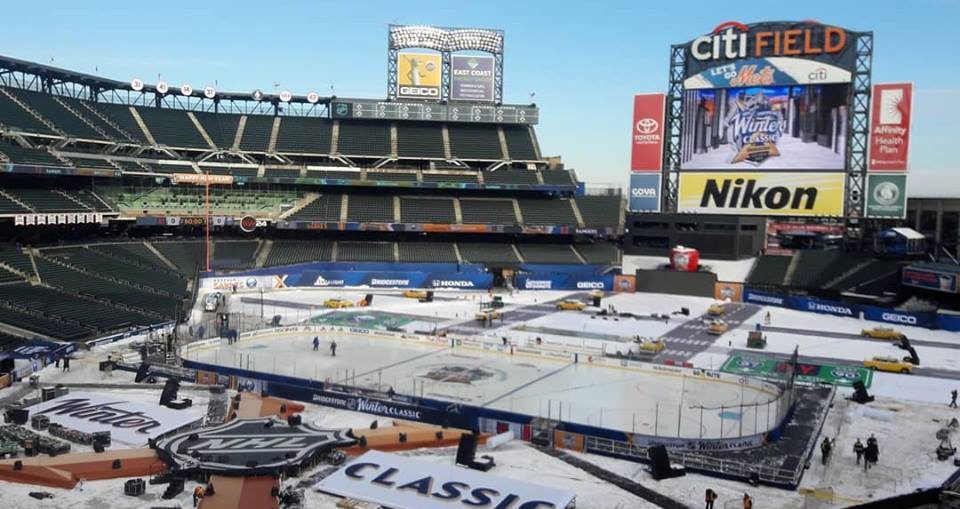 Queens – – The temperature at the 2018 Winter Classic will be somewhere in the high teens and low 20’s. The wind will make it seem colder. The average low in New York for this time of the year is 28 degrees. It was in the mid 40’s last year in St. Louis. In 2014 the game time temperature was 13 degrees and it snowed.

The New York Rangers have a much more experienced squad playing outdoor hockey. Under normal circumstances I think they’d would be favored. The team that has the wind at their backs more often could be the victor. Sabres coach, Phil Housley and one of his players backed him up.

“Just to be back and playing at Citi Field is going to be neat,” said former Islander, Kyle Okposo. “Sticks get really cold. That’s the battle. You have to keep your stick warm. When the wind picks up it gets a little dicey. If you’re going against it. It takes you back to when you were a kid.”

The battle of the goaltenders will be interesting. Robin Lehner will start for the Sabres. He and Lundqvist are both Swedish and they both used Lehner’s father, a noted goalie coach at various times in their careers.

“He is the best Swedish goaltender to every play. I think,” said Lehner. “He’s a great guy and it’s always fun to play against him.”

If the ice gets brittle, like it was in the Heritage classic, it will be tough sledding out there. The puck will bounce around a lot and the game could get fluky.

Today the ice was in perfect shape and that is expected for tomorrow as well.

“It was colder than (Boston) today but the ice was great,” said Beaulieu. “The biggest thing is the sun and the glare. This year it could be snowier, pucks are going to be a lot slower. It’s a little thing you have to look forward to.”

Citi Field has some great special effects in store. I got to see a few things during the media skate and needless to say it will be very New York and it could add an extra theatrical element to the event. 10 years later not only is this event still fun, but the NHL keeps improving the show for the fans in attendance and the viewers at home.

I think the event will pull in 3 million or more viewers. Last year the viewership dipped but the Rangers and players like Jack Eichel could give those numbers a shot in the arm.

Prediction:
Sabres 4 Rangers 3 – The Sabres youth could be the difference in this game.