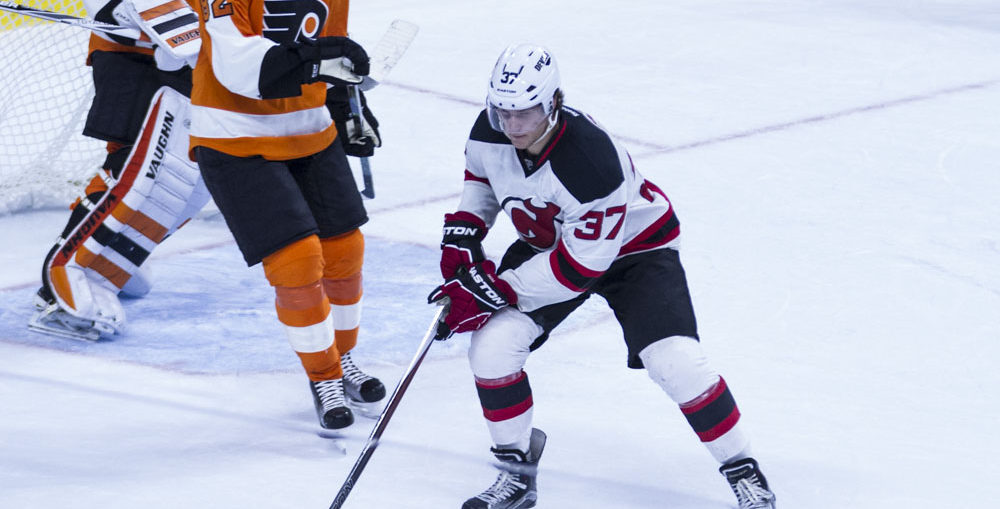 Having voted on more than a few NHL Awards ballots here is my early list. My criteria has no analytics, preseason doesn’t count, they have a clean slate. Pavel Zacha didn’t play enough to care last season. The list has nothing to do with who is the better long-term player. It’s more about the opportunity they’ll have this season to play big minutes and possibly win the award. Durability is a factor as well.

Pavel Zacha – He had a chance to play in the AHL and NHL last season. His offseason workout program has greatly benefited him. He should get top six minutes and first or second power play minutes.

Auston Matthews – He’ll likely start out as the third line center of the Leafs but he’ll get a lot of minutes. He should get top power play time as well. His coach might dictate his minutes more than some of the others.

Patrik Laine – He’s physically ready. He’ll get top six minutes and at worst second power play minutes. He has to deal with the pressures of being the “future franchise player” and that may be his biggest challenge.

Ivan Provorov – He has very few flaws in his game. I’m not sure he’s going to rack up goals but his passing is so good if he’s in the top 4 and gets any power play minutes he’ll make the most of it. His overall game plays into this ranking.

Dylan Strome – He will likely start out as the second line center. He’ll see power play time. He has the right size, he’s stronger than last season and he could have some talented linemates. He’ll put up some points for as long as he’s up with the big club.

Kyle Connor – He may be the best passer on the list. His vision is second to none and his speed in undeniable. Will he be a top six guy this season? Will he get power play time? That’s why I have him in this spot.

Mitch Marner – I love his speed and elusiveness. I didn’t like the way the Montreal Canadiens banged him around. If he can avoid the big hits he’ll get a lot of opportunity to put up numbers. This will be the biggest issue with him staying in Toronto the entire season.

Travis Konecny – His passing is elite. His skating is way above average. His ability to shoulder the hits and play in traffic has improved dramatically. He may not play a top six role all season long but he should see power play time. He made it better and that will get him goals and points.

Zach Werenski – He’s a lock to play this season. Will he play in the top 4? Will he have minutes deducted if Torts doesn’t like something? These factors are the only reason I have him so far down on this elite list.

Jesse Puljujarvi – He’s not starting the season with Connor McDavid. Will he end up there? Will he stay in Edmonton all season? He’s a fascinating player with so much upside.