New York Rangers general manager Jeff Gorton doesn’t have to say he’s drafting him. He’s playing it cool. He’s not going to make it known for a while. That’s fine. At the end of the day, Alexis Lafreniere is the player they’re drafting. As with most teams they did a lot of scouting. I was at the CHL Top Prospects Game where the Rangers had two scouts there. Sure, they want to see the other players, but they also wanted to see him. He’s the best player in the draft. He’s a level above anybody else who will be taken in this draft. The Rangers have never had the first overall pick before, in the modern draft era, and he’s excited.

This left winger is an impact player. He’s a true playmaker who is a threat to score with a shot that features a very quick release, even for NHL standards. He’s fast, smart, he will lay a hit, he can play the PK if you want him there and at 6-1, 194 pounds, he can handle the rigors of an NHL season right away.

I think he’s going to play in the Swiss League or somewhere overseas to start out his pro career while he waits for the NHL to start up in December or January. He had 112 points in 52 games in the “Q” this season. He has nothing left to prove there. I think he’s going to follow the Auston Matthews game plan.

“For sure there are a couple of good possibilities,” Lafreniere stated when asked if he might play somewhere else before the NHL.

As you would expect, he’s been staying in shape. Like most players getting ice wasn’t possible at the beginning of the pandemic but he’s found some lately.

“I’ve been on the ice a couple of times a week for a few months now,” he revealed. “I’m working on the ice and in the gym to get better.”

I’d slot him in as the top line or second-line left wing for the Rangers next season. I’d consider the top line, because he could have an instant impact if he and Artemi Panarin click, and I do think that can happen. Panarin has played right wing before.

“Panarin is my favorite player on the Rangers. He’s exciting to watch!”

The Rangers can market this player to their fans and in ads in North America right away. That means more revenue, more jersey sales.

Let the ridiculous trade talks or talks of the Rangers drafting Quinton Byfield first begin. Fans will have some fun with this, but none of that will be based on any kind of reality. 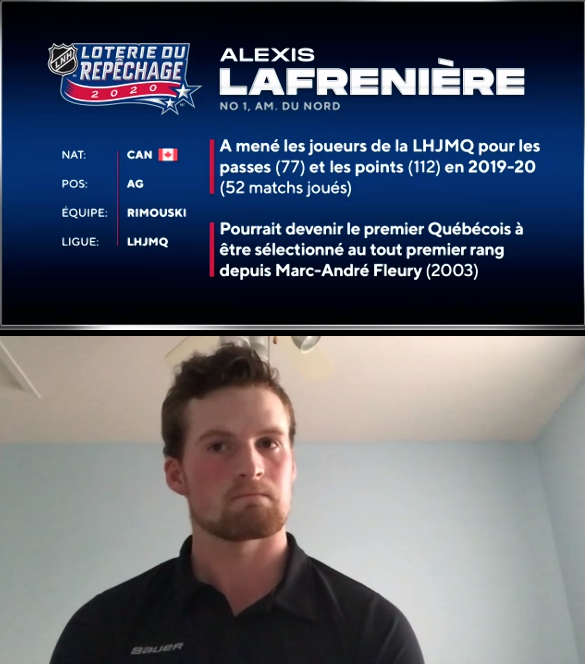