Gabe Polsky (Red Army, In Search of Greatness) has made another gem of a documentary. Red Penguin deals with the time that Howard Baldwin, then a part-owner of the Pittsburgh Penguins decided to buy a portion of CSKA, the Red Army Team when Russia was going through some massive changes in their country. Hilarity and craziness ensued and on August 4th, everyone will be able to enjoy it.

Steve Warshaw was hired by Baldwin to go to Russia and oversee the partnership.  He would try and market a team that was selling tickets for 6 cents each because they had been subsidized up until this point in time.

“Capitalism was a new language, and nobody really spoke it except the oligarchs. It was ignorance, greed, and is subject to the laws of Russian chaos which was mafia and complete anarchy in business,” Warshaw stated, partially talking about their partner Valery Gushin and the country as well.”

“Anything to save the team they were open to and happy for,” Polsky stated.

“Gushin knows more than he’s willing to say. It’s a very Russian thing. I used the camera in a way to maybe capture something he doesn’t say,” Polsky divulged.

Fixing up the rink was an issue and that was a tricky proposition.

“We would play soldiers. 20 bucks for the whole day and night,” Warshaw laughed. “One day I had to hire a bunch of soldiers to put up rink boards that we ordered from the states. And we painted the boards and we started to put the tape up and all the advertising fell down. For some reason, the adhesive in the states didn’t work with the paint in Russia. We stayed up all night. We had to buy paint from 50 miles away let it dry and put up the boards before the 1 PM game.”

Warshaw did finish that thought with, “Underneath it all was a nice man who was tortured.”

Ok, but he was caught red-handed stealing profits, and one day the Russian partner built a sauna with that money.

“The sauna, when I saw it, I was blown away. They had imported marble from Italy,” Warshaw proclaimed. “I thought it typified his piggishness. I used to say to him all the time, pigs get fat and hogs get slaughtered. If you keep stealing at the rate, you’re stealing you’re going to get slaughtered.”

“American companies would come into Russia and conduct business and that was done very differently. They would teach everybody how to do things and as soon as the Russians figured it out how to do it themselves, they kicked them out,” said Polsky.

Viktor Tikhonov was a legendary coach who led the Soviet hockey team to gold medals in the Olympics and worldwide acclaim otherwise. At this point, he was coaching a team of nobody’s. All the great players jumped to the NHL and Sergei Samsonov, their big junior hockey star was on a different path. Always sticking to tradition, Tikhonov was talked into doing a commercial for Vick’s. It was a logical marriage but that got rocky quickly. 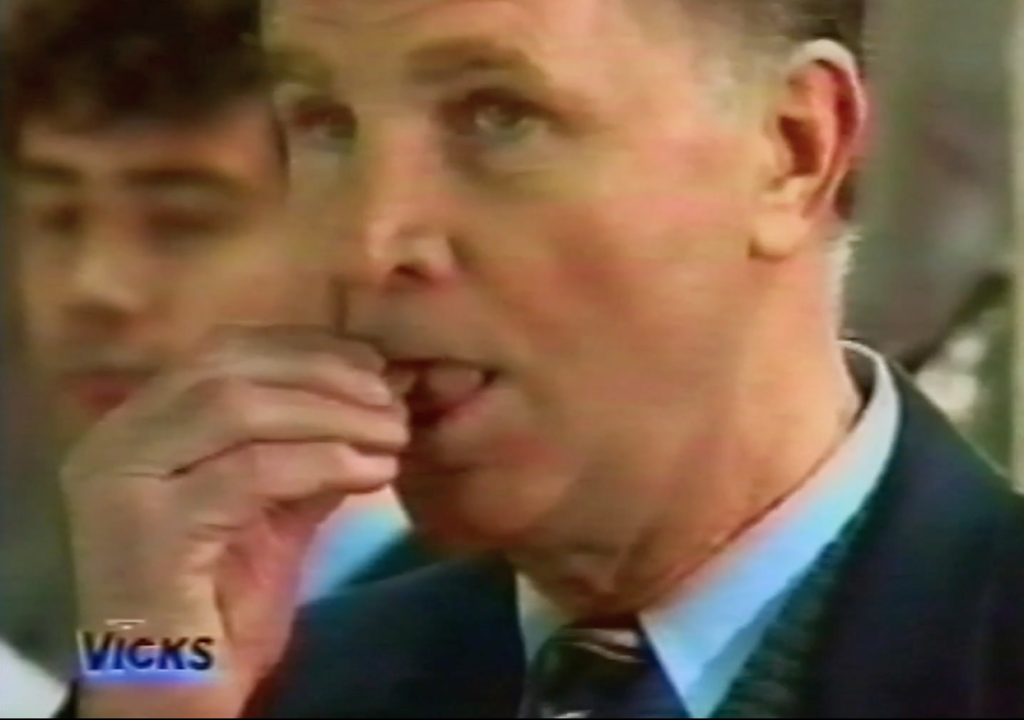 “He showed signs of civility and diplomacy at times,” Warshaw remembered. “And that was one of them. What happened was we sent a film crew to the ad agency, from St. Petersburg to Moscow. It was a lot of money and a lot of people involved. At the last minute, he refused to do it. They’d been setting up for hours. Chaos. Imagine the amount of money Proctor and Gamble spent on the creative. And for him to pull this nonsense. It took a lot of people begging from different time zones.”

In the end, Tikhonov wasn’t even paid for the commercial.

That’s what was so funny. Yeah, they suck. Why would I make a movie about that? It’s so embarrassing and ridiculous. Before this CCCP hockey was all hockey and no promotion and then it turned into all promotion and no hockey,” Polsky laughed.

Warshaw is still marketing and now Rangers superstar, Artemi Panarin is a client. When I asked what he has in store for this Hart Trophy Finalist he said, “We have our sights set on Panera Bread.”

Of course, he does.

Check out this and all of Gabe’s work. You’ll love them all.

Check out the trailer: