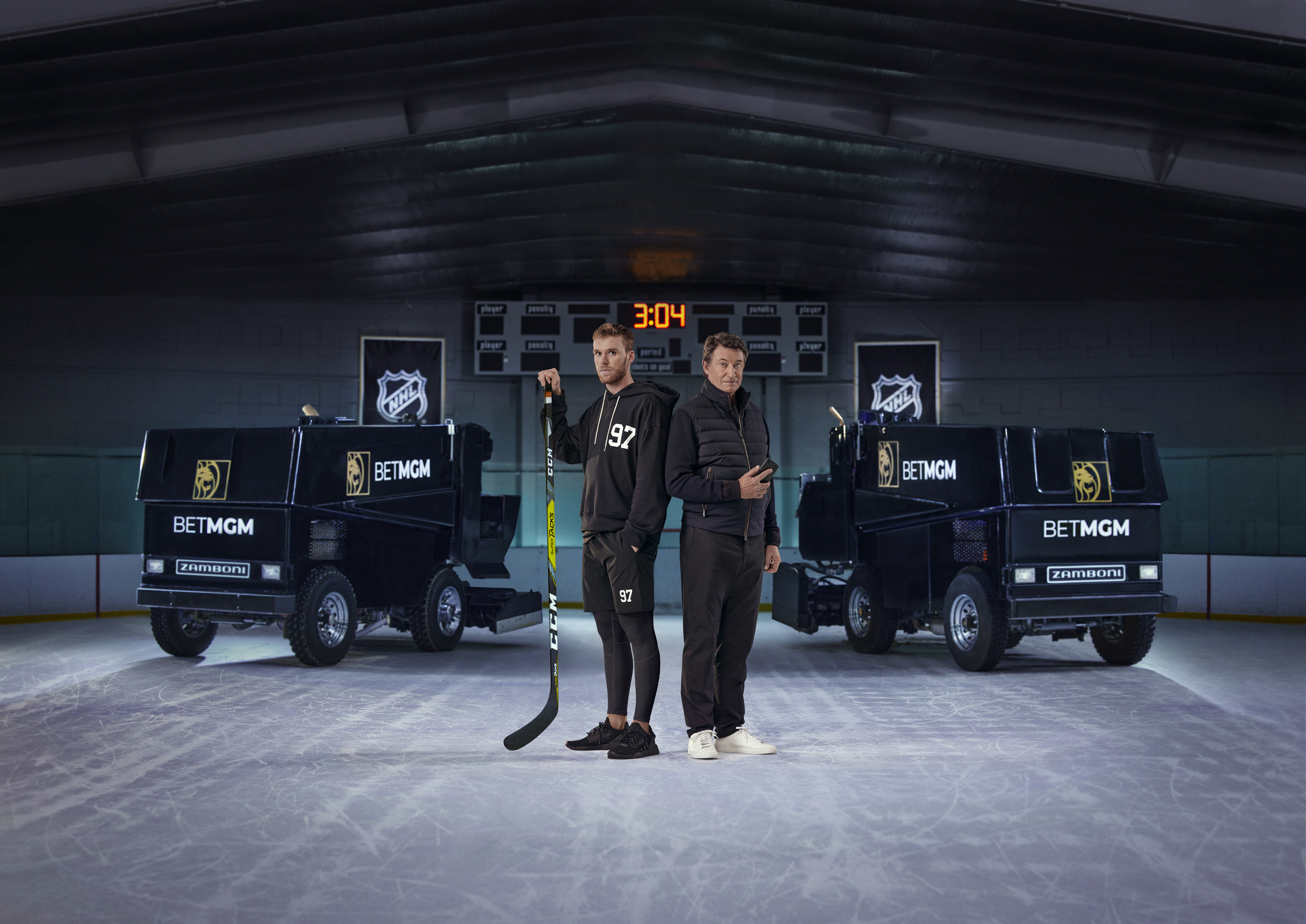 The tongue-in-cheek spot features Gretzky as he stops by McDavid’s on-ice practice session. The growing tension between McDavid’s focus on perfecting his craft and Gretzky’s excitement as he previews the BetMGM app comically builds throughout the spot. The campaign was created by 72andSunny New York and directed by Peter Berg, Executive Producer of Entourage and Ballers.

“It’s incredible to showcase two of the greatest hockey players on-screen interacting with one another,” said Raymond Doyle, VP of Brand, BetMGM. “We look forward to entertaining hockey fans during commercial breaks as two of the game’s legends blend sports and entertainment and demonstrate the endless possibilities with BetMGM.”

The TV spot, which will appear across broadcast, outdoor marketing, digital and social channels throughout the NHL season, is part of BetMGM’s “IT’S ON” campaign, bringing viewers into the epic worlds of BetMGM’s all-star list of brand ambassadors including Jamie Foxx, Barry Sanders, Kevin Garnett, Vanessa Hudgens, and Jalen Rose, among others.

McDavid signed with BetMGM in March as one of the first active professional athletes from the four major professional sports leagues to become an ambassador for a sports betting operator, joining Gretzky who signed in June 2021.

The BetMGM app is available on both iOS and Android, as well as accessible via desktop. As BetMGM continues to expand into new markets, responsible gaming education remains a key focus. BetMGM is proud to provide resources to help customers play responsibly including GameSense, an industry-leading program, developed and licensed to MGM Resorts by the British Columbia Lottery Corporation. Through the GameSense integration within BetMGM’s mobile and desktop platforms, customers can directly access responsible gaming tools.