As usual, there are some great rookies in the NHL this year. In net Jordan Binnington (Blues) and Carter Hart (Flyers) have ignited their fan bases. In Buffalo Rasmus Dahlin and in Dallas, Miro Heiskanen has excelled. But in Vancouver, Elias Pettersson has been the choice from the preseason until now, for me.

This Swede has 54 points in 49 games and that’s exceptional. In Connor McDavid’s abbreviated rookie season, he had 48 points in 45 games. Pretty great but McDavid was running at 1.07 points per game clip and Pettersson is still running at 1.10 points per game. Matt Barzal (Isles) was 1.04, Patrik Laine (Jets) was .088, Auston Matthews (Leafs), .084, Artemi Panarin (Hawks) .096. So as rookie seasons go it’s pretty special stuff.

I’m not saying this is a done deal. What I am saying is it’s easy to point to a goalie and say they’re the reason a team is in the playoffs. It’s a bit harder to say a forward has made a team a playoff “contender” like Pettersson has done in Vancouver. 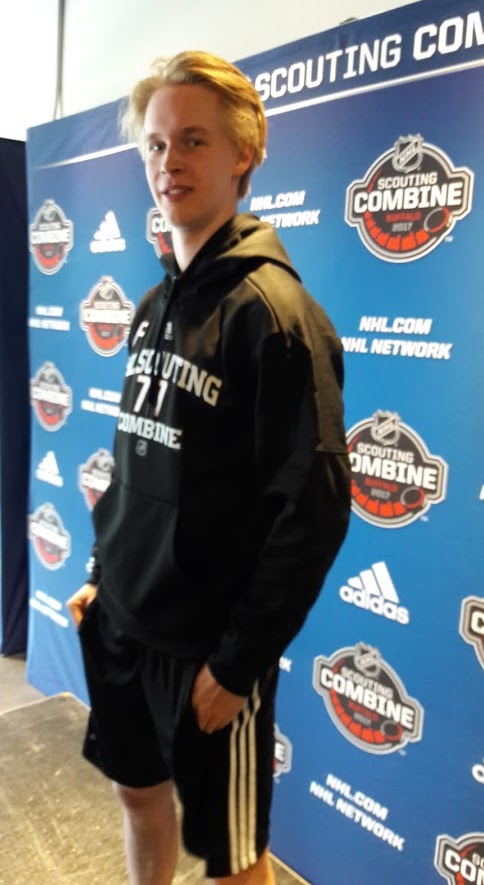 The easy start is he’s the team leading scorer. Bo Horvat is second and he’s nine points behind the phenom. His +15 is leading the team. His 26 goals lead the team. His seven game-winning goals are tied for second in the league with four other players. McDavid and Panarin are in that list as well. Maybe this isn’t that hard after all?

Vancouver’s fan base mostly liked the pick when he was selected 5thoverall in 2017 but it wasn’t met with widespread acceptance. To be fair, many Blackhawks fans were against drafting, Patrick Kane, so that’s going to happen from time to time.

I love the Calder arguments. I think this award has really picked up steam since 2005-06. I think fans cared before that but not as much as they do now. Maybe in the cap world, we all see how important young talent is to a team if they want to balance the books.

Pettersson is a Top 25 player in the league this year. In the future, I think he can improve on that. When he gets stronger, something that some mistakenly held against him this year because of an injury he sustained, watch out. He shoots at different angles already and that’s challenging for veteran goalies. He has four goals and eight assists in his last 11 games. What’s going to slow him down?