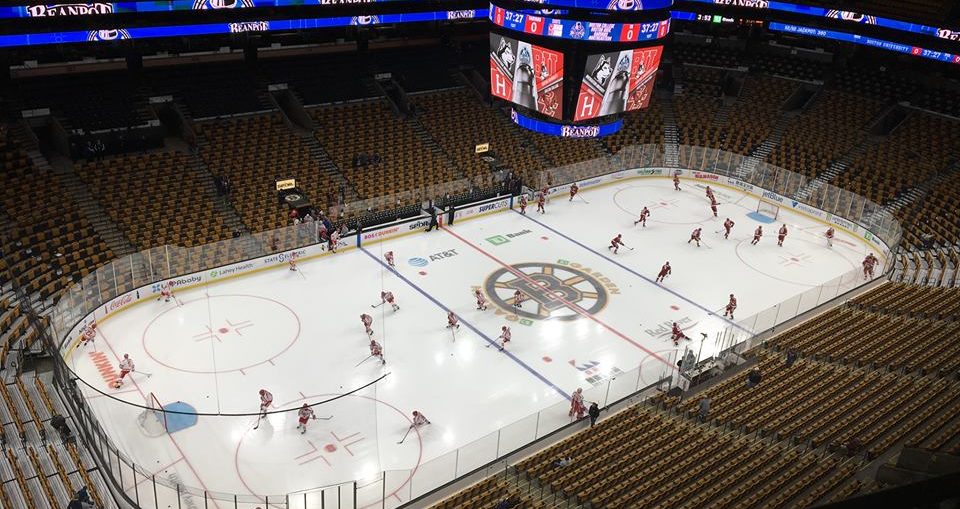 1) Frederic Gregoire – Center – Undrafted – He had two goals. Both showed off a very strong wrist shot. BU never tried to put a stick to it, so it was easy but still both goals were goal scorers’ goals.
2) Reilly Walsh – Devils – Defense – He had two assists. His passing was pro quality. One was from his knees to set up a goal. He created a lot of offensive chances.
3) Jack Drury – Hurricanes – He had an assist, but his passing was very accurate from long distance. His skating was among the best in this game.
4) Jack Rathbone – Canucks – Defense – He had an assist in the game and his zone entries were good and safe. He walked the line well and showed improved skating from earlier this season.
5) Joel Farabee – Flyers – Right Wing – His line was ok. Shane Bowers (Avs) and Logan Cockerill (Isles) didn’t do much for him. He had some nice shots from the slot. Some pucks never got to him while he was in position. He made a nice pass to set up a goal. His zone entries were clean and fast.

David Farrance (Nashville) was the best defenseman for BU. Adam Fox had an empty net goal but did everything you’d expect him to do.