This book was written by David Cone and Jack Curry. The endorsement by a former teammate, Andy Pettitte on the fold was interesting and what you’d expect to see said about the pitcher. He was always known as smart and he knew his craft.

Cone’s candor about how he felt when he was traded to the Mets was interesting. He now had to prove himself all over again. A revelation of Darryl Strawberry asking if he needed to come to the ballpark when it was raining doesn’t surprise me. The person on the other end of the call, Charlie Samuels, longtime clubhouse manager wasn’t happy and made sure he showed up. Cone was shocked. When things were rocky for him at the start, Wally Backman kept him loose. He was 20-3 in 1988 for the Mets. Cone did regret what he did during the 1988 NLCS. Read the book to find out if you don’t remember. He even covered the skirmish during team photo day! He talked about the Coneheads. I used to hear about that since my last name is close to that. It’s a very light-hearted but very honest book, especially about the 166-pitch outing.

He talked about his great times with the Yankees and Blue Jays and the five rings he has. He talked about how he pitched. Young pitchers could learn something from reading it for sure.

This book is a delight and Grand Central Publishing did a fantastic job with it. 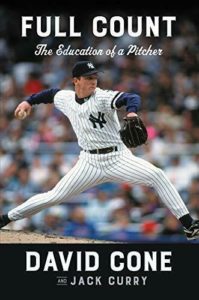