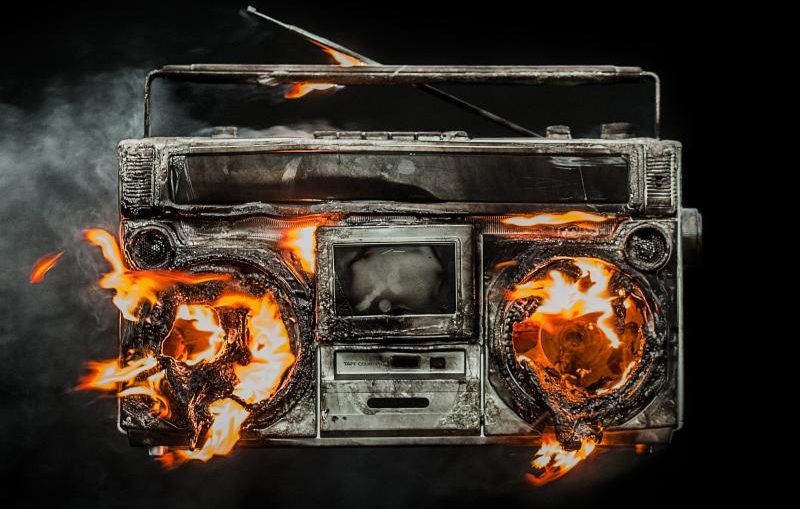 Share on Facebook Share
Share on TwitterTweet
Share on Pinterest Share
Share on LinkedIn Share
Send email Mail
Print Print
ALBUM IS AVAILABLE FOR PRE-ORDER TODAY
FIRST SINGLE, “BANG BANG,” NOW AVAILABLE
August 11, 2016 – (Los Angeles, CA) – Rock and Roll Hall of Fame inductees and Grammy Award-winning rock band Green Day will release their 12th studio album, entitled Revolution Radio, on October 7th via Reprise Records. The album is available for pre-order today atwww.greenday.com. Those who pre-order will receive an instant download of the first single, “Bang Bang,” which is now available. Watch a lyric video for the song exclusively via Facebook HERE.
Produced by Green Day and recorded in Oakland, Revolution Radio is a potent 12-track blitz of angst-ridden anthems that unites Green Day’s fully formed stylistic approach with lyrical themes that address the complexities and uncertainties of modern day existence. Musically, the album is raw, visceral, and fearless — solidifying the band’s reign as one of the leading voices in rock music. The first single, “Bang Bang”, released today and inspired by recent events, marks a welcome return from a band with more to say than ever.
“Of course the world has lost its collective mind… and me, Mike and Tré are lost souls too,” said Green Day frontman Billie Joe Armstrong. “Revolution Radio is a movement for lost souls to come together… dance together… sing together… and most of all, find each other. That’s what the spirit of Green Day has been about since day one.”
More information on Revolution Radio and live dates will be revealed in the coming weeks.

Sportsology
I'm the author of 10 books. They are all listed here: https://www.amazon.com/Russ-Cohen/e/B0034P5DNC%3Fref=dbs_a_mng_rwt_scns_share If you're looking for autographed copies just go to my twitter @Sportsology and DM me.