I love Frank Gore as a player. I had a chance to mingle with him at the NFL Rookie Photo Premier back in the day. He was a great young man and I’ve followed him his entire career. Of course, the New York Jets would pick him up when he’s 36! It’s a miracle he’s still playing but if he breaks down with the Jets will anybody be surprised? 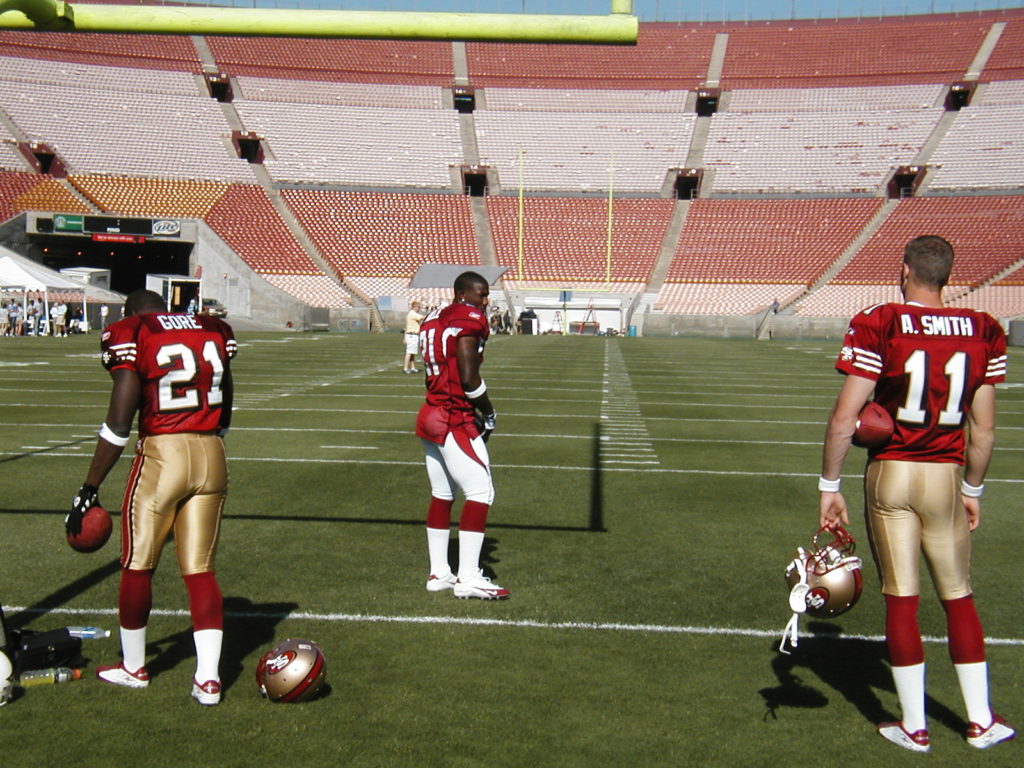 I’m glad Joe Douglas reached out for a player Adam Gase had in the past. That’s the kind of crutch that every Jets GM has placed on the team for decades now. If Le’Veon Bell was at 3.2 and maybe he gets back to 3.5 this year. Gore might be more valuable as a short-yardage guy and a blocking back.

The Jets lack outside speed at the running back position. Will La’Mical Perrine have a real impact this season for gang green? He’s been reported as a find the hole guy when the Jets need speed. They don’t have enough speed at wide receiver and now in the running game. He runs a 4.62-40, so I rest my case there. He may be terrific, but they have too many of the same kind of player, something that seems to plague Gase and now GM Joe Douglas is enabling that.

The Jets offense won’t spread the field and the other team’s secondary will creep in little by little. If the Jets had a terrific offensive line, they might be able to overcome this with some outside speed. Steams will stack the box against the Jets quite a bit daring Gase and company to beat it. I’m not convinced they can and that’s why 4-6 wins seem to be what’s on tap to what could be another forgettable Jets season.