You are here
Home > Footballology > Shawne Merriman is Owning His Future 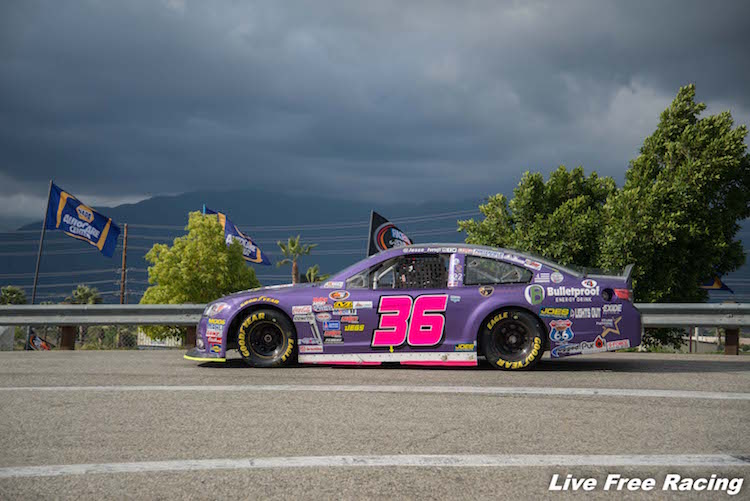 Shawne Merriman was a feared linebacker in the NFL from 2005-20012. He played for the San Diego Chargers as well as the Buffalo Bills. His nickname was “Lights Out” and that’s the name of his NASCAR themed clothing line. He’s also gotten into racing ownership.

“For me as an owner. I’m just coming in and I’ve been a fan of NASCAR for a long time. Coming in as a minority is huge. It’s something that’s been missed. It’s about passing on the message. Diversity doesn’t happen overnight,” said the former Defensive Rookie of the Year.

His driver is Jesse Iwuji. He attended the United States Naval Academy and while there he played safety for the Navy Midshipmen.

“He’s an all-around great guy. He’s a great representative for NASCAR and my company Lights Out.” 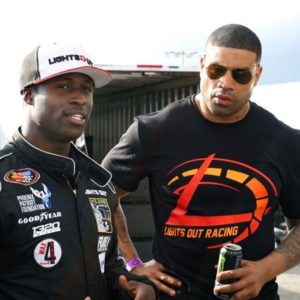 Merriman has made a lot of money in his career and this is a costly business.

“NASCAR is really all about resources and being able to keep up with the big boys,” he stated. “You have to go with the best pros and the best staff and you have to have those resources to compete.”

Merriman hopes that people with a similar upbringing to his will become interested in the sport.

“Me coming from Prince Georges County, Maryland, a predominantly black neighborhood, this wasn’t available,” he admitted. “I think NASCAR is doing a great job with their outreach. Honestly sometimes you have programs that say they want to fix this and we want to make this better and it’s kind of a show and tell situation. NASCAR welcomed me and opened their arms to me.”

As a player he could control a lot of his success on the field. As an owner that’s an entirely different mindset.

“It’s very nerve-wracking. We want to get Jesse better equipment and put him in a better situation.”

This former NFL star didn’t enter this sport acting like he had all the answers.

“I’m not afraid to ask questions. I don’t have any pride. I’m asking questions,” he said.

He recently tried to race and he had trouble getting his 6-4, 260-something pound frame in and out of the car. Before that it took him a while to get down to the track and experience live racing.

“The first time I went to a NASCAR track was in Fontana, in 2008. Growing up with Dale Earnhardt and Dale Earnhardt Jr., you know who Jeff Gordon is and Jimmie Johnson. I didn’t know what the track experience would be like? I just want to pass along the message and see where I fit in?”

Football is still in his blood and Chargers fans can expect to see him in Philadelphia on Day 2 of the 2017 NFL Draft.

“I’m going to announce the Chargers second round pick on Friday. I always wanted to go to the draft and now I have the opportunity to go back,” said the former 2005 first round pick.

I did let him know that the draft was outdoors and the weather forecast called for mid-80-degree weather. He quickly answered, “They better have a fan for me because I’m a sweater.”

We will track Merriman’s progress. Until then, check out his clothing line.