At the time I liked Nolan Patrick as the #1 but that didn’t happen. I still support my selection. He’s not as good as Nico Hischier at this moment. Again, these players are only 21 (Hischier will turn 21 in January). That’s why Flyers fans need to be patient. Things happen, this comparison isn’t over.

So, Elias Pettersson (5th overall) is easily the best player in this draft, right? Not so fast. He did win the Calder, noted. He has 95 points in his first 96 games. That means it’s over. Only twice this year he’s been held to no points and no shots and still he has challengers.

Miro Heiskanen (3rd overall), has 50 points in 108 games and he’s logged a ton of important shifts. The most of any defenseman in this draft and he’s only going to get better. 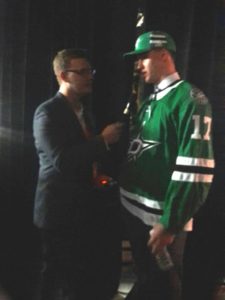 Cale Makar (4th overall) has 25 points in his first 23 games. Winning the Hobey Baker was just the start for this talented defenseman. He should win the Calder this season, the only other player to win both awards was Chris Drury. That should be equaled, but Makar still has a great chance to be the best player from this draft. 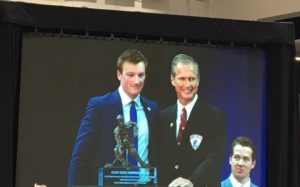 Robert Thomas (20th overall), Filip Chytil (21st overall) and Casey Mittelstadt are all doing fine and getting better as well. 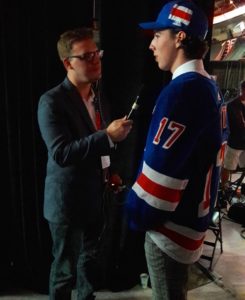 Morgan Frost (27th) and Ryan Poehling (25th) are close to being solid contributors.

Only seven players in the first round haven’t played yet. That’s tremendous and the list will continue to fill in. 40 of the 217 drafted have played in the NHL so far. 35 of the top 62 have played. That’s 56%, now the key over time is to see how many of them play 100 or more games. Seven of them will reach that mark in the coming weeks. A few of them are very close.

In the end, some players are getting rushed to the NHL because of salary cap reasons. I don’t see that changing in the near future. We can say players are more talented than ever before but the counterbalance is, how many of these players will have 5-10 year careers? Only time will tell.