Alberto Del Rio or Jose Alberto Rodriguez or Alberto El Patron, reached great heights as a two-time champion in the WWE and now he’s trying to go after an MMA legend, Tito Ortiz, and on December 7th, he hopes his last fight will be his greatest.

“I don’t feel like the underdog. I know some people are saying that, but I don’t feel that way,” said El Patron. “At the moment I decided to do one last fight in the cage, I chose Tito because as in everything in life, I know I can win. I’ve always been a fighter and competitor. Some people can’t get past the jump from wrestling to MMA because ‘one day I feel like it?’. I wrestled. I fought in Japan.”

“I’m an excellent wrestler. Tito and I are around the same age, same height, same weight,” El Patron stated. “Tito is a great competitor and one of the legends of the sport. This was the right fight for me…I want to inspire all of the Latinos and Mexicans around the world.” 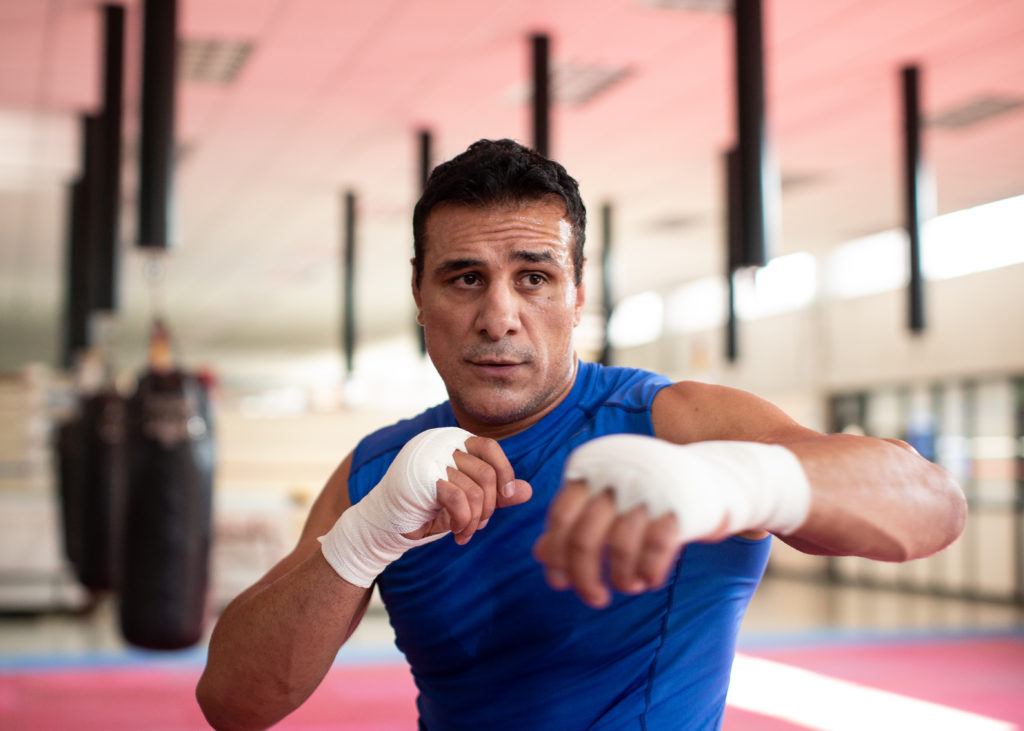 El Patron is training hard. He doesn’t talk about taking any vitamins and he’s not talking about eating cheeseburgers like George Foreman claimed (he was on a strict diet) when he was getting ready to fight Evander Holyfield, back in the day.

“I come from a place where you have to fight to survive,” he reminisces. “If you are in Mexico you have to be tough. Especially in combat sports. I come from a pro wrestling family. My dad used to be an amateur wrestler. The same goes for my uncles. They got that into me, and I started at an early age with wrestling. I wanted to be like my dad, a pro wrestler. I thought that was the only way, so I went to the gym, getting strong and tough.”

Patron’s MMA record is 9-5. At this point it doesn’t really matter because this is his last fight, so he will give it everything he’s got and he’s not taking this challenge lightly.

“I know I’m going into a war with Tito Ortiz. I knew that from the moment I said I wanted Tito Ortiz for my last fight. This is MMA. Everything changes by the second,” El Patron said. “I know who he is, and he knows who I am and we hate each other.”

El Patron and Chavo Guerrero junior have started their own promotion and on December 8th, that will be his focus.

Priced from $30, tickets for the Combate Americas ‘Tito vs. Alberto – What Side Are You On?’ live pay-per-view television event hosted by TS-1 Promotions, are on sale at Ticketmaster.com.