I retain the right to change this list someday, The New York Jets winning another Super Bowl is a fine example but that probably won’t happen. My back story is I couldn’t walk until I was five. The details aren’t important right now but it’s the reason I love sports. I couldn’t partake in them, but I watched them on television. I was patiently waiting for the day that I could hope to emulate some of the athletes I saw on television.

10) The New York Jets win Super Bowl III. I was five at the time. We were a big sports family and whether or not I watched the game, I knew they won, and Joe Namath was my favorite football player as a result.

9) The Munich Massacre at the 1972 Olympics. That’s when I first learned about terrorism. I have a hard time writing about it, talking about it is hard as well. Here are the details, some of which unfolded on live television.

8) In 1978, Leon Spinks beat Muhammad Ali in a 15-round split decision. I bet my brother on this fight and won! I would win one bigger bet and lose a host of others, but this was a big upset. 2 billion viewers watched it worldwide. Boxing will never reach those kinds of numbers ever again.

7) Joe Frazier beats Muhammad Ali in the “Fight of the Century”. The year was 1971. My dad is still a huge boxing fan and we probably watched this on tape delay on Wide World of Sports. This was Ali’s first professional defeat, and this is why Frazier was my all-time favorite boxer. 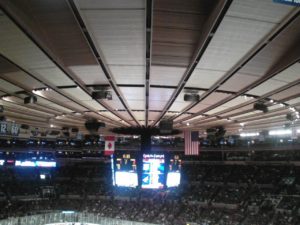 6) The “Miracle on Ice” stands on its own merits. I won a bet with my brother; he took Russia and I took Herb Brooks squad. So, winning that $20 bet was gold for me but seeing the U.S. team finish it out to win gold was very special. I remember Al Michael’s final call and always will.

5) I will lump the 1969 and 1973 Knicks championships together. I loved those teams, the players, I tried to do the Earl Monroe spin move, Walt Frazier (Clyde) was the coolest guy in New York. The Knicks can never recapture what Red Holtzman was able to do. That’s a shame.

4) The New York Nets win championships in 1974 and 1976. I lived on Long Island. I went to a lot of Nets games and went to every home game of championship round in 1976. Loved Dr. J, Larry Keenan, “Super” John Williamson, Billy Paultz, so many of these players. This was the final game in ABA history. I loved the league. I brought bags of confetti to Nassau Coliseum and threw it at appropriate times! 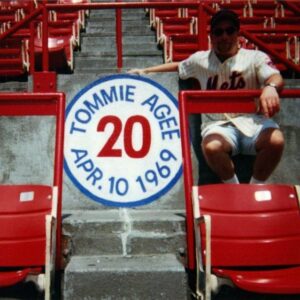 3) The 1986 Mets win it all. They were supposed to win, then they looked like they would be eliminated. The Buckner play so much happened in that magical year. Doc, Darryl, Gary, and Keith. The Curly Shuffle! What a fun ride it was.

2) The New York Rangers finally win in 1994! The waiting was over. This win would last a lifetime. I kind of wish Sam Rosen didn’t say that. He may be right. Mark Messier, Mike Richter, Adam Graves, and Brian Leetch will always hold a special place in my heart.

1) The 1969 Mets win their first championship. “The Miracle Mets” remain my favorite sports team of all-time. Tom Seaver is my favorite athlete of all-time. I was a big Tommie Agee, Cleon Jones, Wayne Garrett, and so many others made me love baseball the way that I do. My school wheeled in televisions so we could watch part of the World Series. That’s how much this meant to every person in New York.

Honorable mention: The “Thrilla in Manilla” was Ali-Frazier III. The year was 1975 and I still think to this day that Frazier was robbed. The fight was stopped in the 14th, and Frazier’s face looked bad, but he was physically ready to come out for the 15th. The next day Ali was in the hospital. The fight was super close, and Ali said this was the closest to dying that he ever felt as a boxer. This one still leaves a bad taste in my mouth.