The new season has some real fireworks right out of the gate. In Episode 1, the family relocates to San Diego and speculates what the new rules will be for John Cena & Nikki’s house. This was the start of things to come for Nikki. 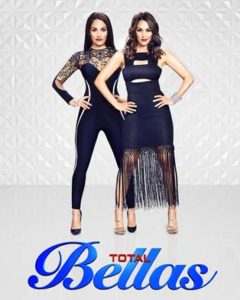 In Episode 2, Nikki is cleared to wrestle again but her relationship with John Cena gets very rocky and it seemed very draining for the both of them but especially her. Brie was being very supportive of her sister.

We all know what happens to the relationship, but the truth is John wants to get her back. That’s the new report out there so that may spill into this season as well.

The WWE behind the scenes footage of Brie and her husband, Daniel Bryan training are fun. There’s a lot of good reasons to watch Season 3 but just know that you might need to have some tissues handy.

The series starts up again on Sunday May 20th at 9PM ET only on E!