You are here
Home > Hockeyology > Who Will the Flyers Draft at 11?

If the Flyers pick at 11th, I think the pick will be the Russian winger, Vasily Podkolzin. Here are some of my notes on him:

Streaks up the ice. Can split the defense. Does everything at top speed and it’s hard to get the puck away from him. Can score backhand or forehand. Fast wrist shot, doesn’t lift the stick up. Can make the cross-ice pass. Knows when to zig and when to zag. Will battle in the crease and lay a tough hit.

He told me that he did talk to the Flyers and he’s the kind of player they need in their system. With him on the right and Isaac Ratcliffe on the left, that would be impressive someday.

“There is that Russian factor but I’m excited to develop over the next two years and be ready for the NHL.” 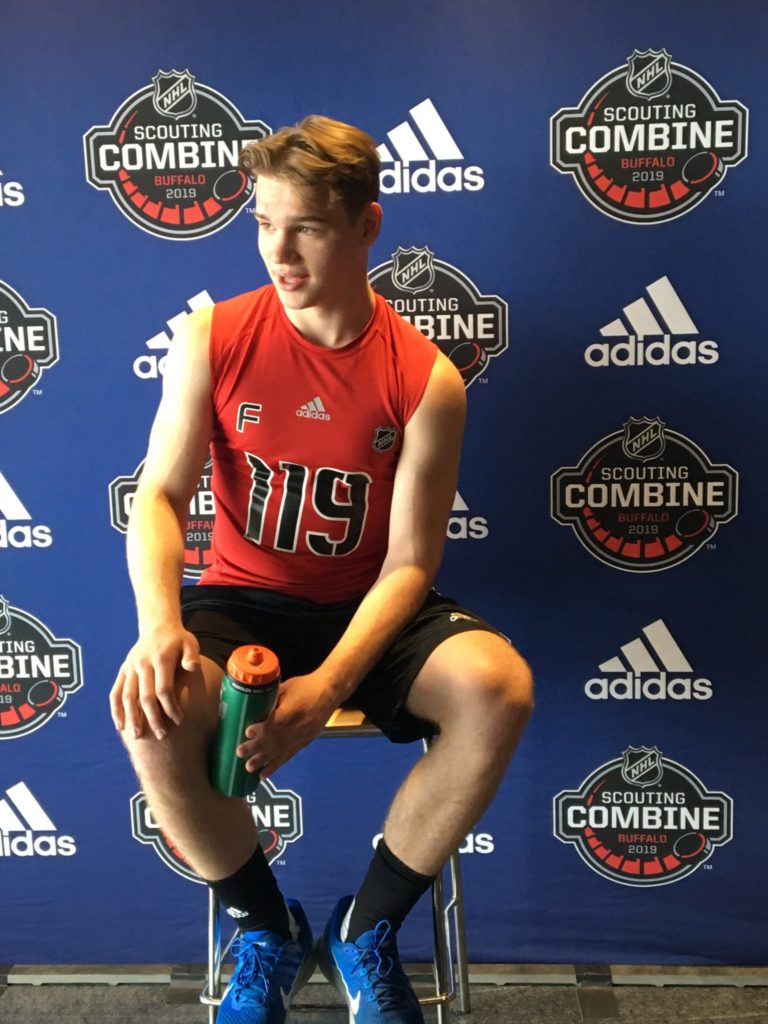 So, will the Flyers be willing to let him develop in the KHL for the next two years? Maybe, I know I would.

If the Flyers trade up, I think it will be for Cole Caufield. He had 72 goals this year and Chuck Fletcher told us on the “Stick to Hockey” podcast http://wildfireradio.com/stick-2-hockey-podcast-episode-44-chuck-fletcher-plus-a-full-flyers-breakdown-also-a-look-around-the-nhl-and-upcoming-playoffs/ that they’re looking for goal scoring. He’s the best goal scorer in the draft. Here’s his sales pitch:

“I don’t think size is a factor or a risk. My shot is the best asset in my game. Goalies are only going to get better from here, so you always have to keep working at it. If you’re going to play in the NHL, you have to play in all three zones.”

The guy never stops smiling and his shot is elite and he’s rounding out his 200-foot game. Here are some of my notes on him”

He’s a hockey player. He also played football growing up so don’t worry about him on the ice.

With the 41st pick, a selection of left winger Marcus Kallionkieli would be smart. At 6-1, and probably around 185 at the moment, this right winger has a blend of goal scoring and toughness. He spoke to 19 teams and one of them was the Flyers.

He has a good wrist shot. He’s able to play on the rush and deliver the goods. The Finn has a pro slapshot, he’s fast to loose pucks and he’ll play with aggression.

He had 53 points in 58 games and had 29 goals for Sioux City in the USHL. He’s a diamond in the rough. When he fills out and gets faster, he will be hard to deal with.