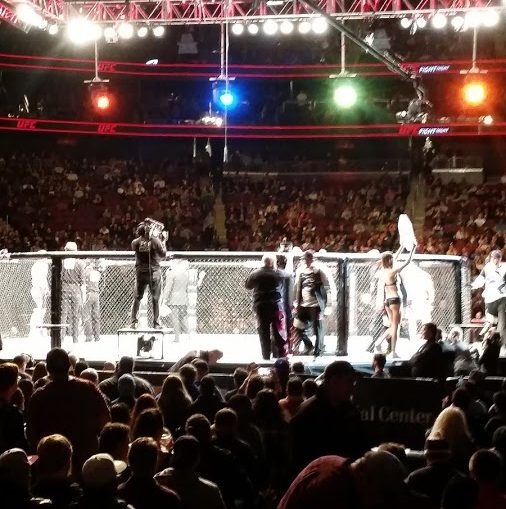 Zac Pauga returns to action at LFA 98 on January 29th, in Park City, Kansas. This competitor was a running back with the Houston Texans and a former Rugby player. That makes him a very interesting guy to watch.

“There’s a lot more cardio involved in fighting and I’m lucky to train with Curtis Blaydes and Alistair Overeem with Elevation Fight Team to see what a real heavyweight looks like. I was a heavyweight in my amateur career. I was fortunate to know light heavyweight is where I belong because of my physicality, strength, and explosives and it’s not as effective going against cutting weight at 265.”

Pauga’s opponent, Ashby Thomas has no video at all to be viewed which I find strange but that’s a fact.

“There’s no tape on him. I don’t really know what he does. My strategy is to be the best version of myself and not get drawn into any type of brawl and just see what he wants to do and let my superior skills shine through.”

Pauga knows there’s video of his previous fights and had this to say about that, “It’s going to help him rather than not having it, but it won’t be enough.”

The fight is Friday the 29th at 9 PM ET on UFC Fight Pass.

Between MMA, football, and rugby, it’s easy to get hurt, and Pauga talked about that.

“Football is worse than MMA with the soreness and pain. The consistent collisions and helmets to the legs. Things like that. Football is way worse,” said Pauga. “But the fact that fighting is an individual sport, you have coaches and teammates, but it’s all on you. Whether you succeed or not, is on you. There’s no coming out of a play to rest. The hardest part mentally is you’re getting into a steel cage against a man, they will lock that door, and you’re trying to hurt each other.”

This fighter has always had a passion for the sport.

I’ve always been a fan. UFC 1 was in Colorado when I was like four or five. Fighting was always what I enjoyed watching more than anything. When the other sports were done, I decided to try it out around 28 or 29, after my first class, I was hooked immediately and knew what I was going to do the rest of my life.

Some have plans when sports are over, and Pauga isn’t ready to go there yet.

“After rugby was done they all thought I would put my criminal justice degree to work,” Pauga laughed.

This fight should be a fun one to watch.