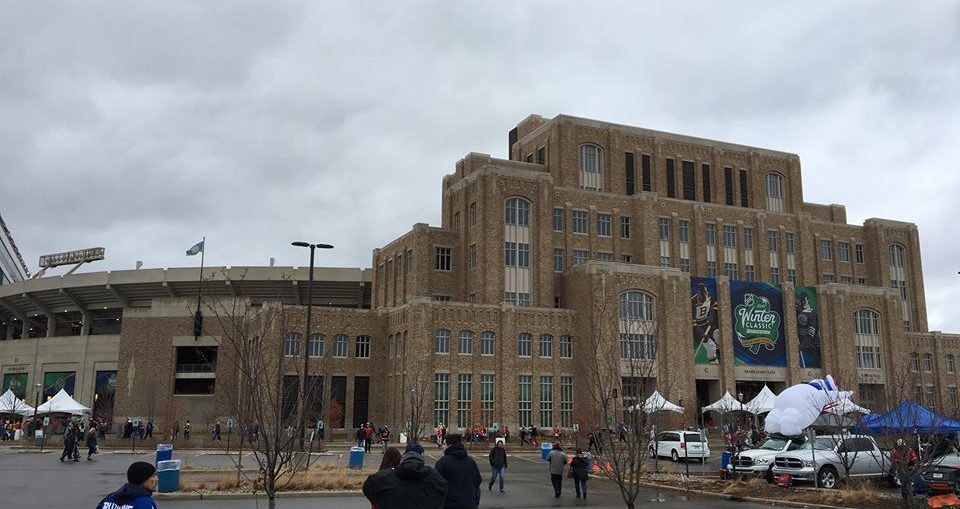 South Bend – – The Boston Bruins picked up a solid 4-2 win in the 2019 Winter Classic. The Chicago Blackhawks were the home team and even though they lost a tough one, they really had a great time playing in front of 76,126 (a sellout) fans at Notre Dame Stadium. The players’ really enjoyed coming out of the tunnel before getting to the ice.

“It was great. It was cool,” said Hawks captain, Jonathan Toews.

For these one-off spectacles, players and fans alike understand it’s a moment, a blip in the season but a celebration of the game.

“It’s a memorable moment for everybody and you want to leave the game feeling better than we are now. It’s a special opportunity playing in that building. We all really enjoyed it,” Toews added.

One the Bruins side David Pastrnak shined with a goal and an assist in this game. He now has 24 goals on the season and with 42 games left breaking his career high of 35 seems easy at this point for the star.

A lot of players wore eyeblack, like baseball players, but this Czech-born right winger doesn’t really understand why he did it.

“Everyone was doing it so I had to do it. I don’t even know what this is for. When the sun wasn’t there,” he laughed.

His homeland is far away but he did have one special family member in attendance.

“I only had my mom and my buddy. Unfortunately, my brother had to work. It’s far away, so just my mother,” Pastrnak said with pride. 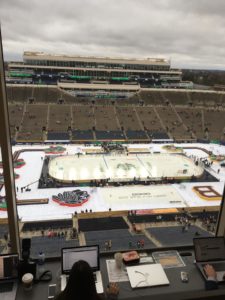 We found out from commissioner Gary Bettman that the 2020 Winter Classic will be at the Cotton Bowl in Dallas, Texas. I did post that on social media days ago. Their opponent hasn’t been decided yet. Leaving it open for speculation I would say the Nashville Predators, San Jose Sharks, and the Montreal Canadiens all have fan bases that travel well. After all, it’s a stadium with at least 70,000 capacity after they put the rink in there. This game could be played on New Year’s Day because the Cotton Bowl is in Arlington, Texas next year, AT&T Stadium, the home of the Cowboys.

The ice was perfect. The headline band, “Weezer” was excellent. The vibe in the stadium and around town was strong all day. Former Notre Dame football star, Rocket Ishmael, did a very funny pre-game interview on NBC where he mentioned every hockey player he’s ever come in contact with. It was very upbeat, funny, and it added to the jovial atmosphere that was a constant all day long.

The weather held out. There were no snow flurries even though some had predicted it. That was never going to happen. But if you mention it on television it probably adds to the mystique. Viewers love snow in high definition.

Fans in Dallas are already looking forward to the big game next year. More to come on that when the NHL decides what the matchup will be.