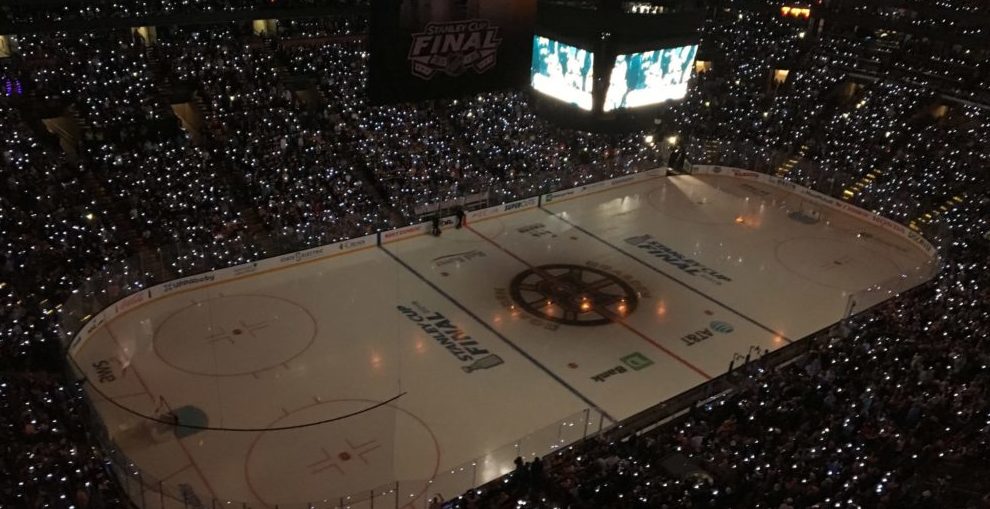 The Boston Bruins are up 1-0 in the Stanley Cup. They had an impressive 4-2 win and once again, Sean Kuraly was out there scoring, and just making life difficult for the opposition.

Towards the end of the game, he was out there on the kill. He was at the end of a shift and he wouldn’t allow himself to do a lazy clear. He went all out, almost to the point of falling down to make sure the puck was deep in the Blue end. He wanted time off the clock because he knew the importance of a 1-0 lead against a relatively inexperienced team.

Bruins General Manager, Don Sweeney, summed it up best, “On a bunch of different levels that was exactly what we had planned to do. We just felt that you get to this stage and the mentally and physically that position demands so much. And Rask’s had some injuries, he’s played a lot of hockey over the course of the years, had a lot of success. We felt we needed somebody to compliment that to push him.

“There were times that Bruce made decisions that Jaro was going to take the net and I think that mentally continued to challenge Tuukka in a positive manner, not in a negative manner. When he didn’t have the net, Tuukka was able to let his own game sort of disappearing for a day or so. And I think those are vitally important moments and you get to the stage now where in those other cases sometimes they were flip-flopping goaltenders and playing the best one. Rask, to his credit, has played really well and gotten better as the playoffs have gone along.”

Here’s something I did on Kuraly earlier this year:

Gary Bettman talked before the game and expressed his displeasure with the state of video review:

We already have extensive video review. We review every goal and non-goal, over eight thousand a season. We review off-sides, goaltender interference. As we have learned, particularly with the coaches challenge, implementation of these extensions is not always easy and can prove to be challenging.

Clearly what we already do still may not be enough. The ability to review and parse plays down to the millisecond has become both a blessing and a curse. If we are to extend video replay, and we will be looking at that possibility, we must find the right balance when it comes to how much more to use and when to use it without affecting the flow, pace, and excitement of our game.

The process, as I think you all know, to make a rule change, including video replay, requires approval by the general managers, the Competition Committee, which includes the players, and ultimately the Board of Governors.
What I can say with absolute certainty is that everyone involved is going to take a hard look at this issue in the upcoming months.

No one should doubt that we want to get it right. The fundamental question is the ‘it’. When to intervene and what are the instances that require doing so. Of course, how to do it without destroying the fabric and essential elements of our game.

We want every call to be correct. Everyone does. While we seek to minimize errors, the speed of our game, unprecedented in its history, and the advances in technology, also unprecedented, have conspired to make the world’s best officials the focus of every call and non-call, which no one can do in real-time as well as they do.

This is not a complaint. This is not an excuse. We’re not whining about it. It’s simply a recognition of a challenge which we will address sensibly, appropriately and in the best interest of the game and those who love it.

Of course, in the 102-year history of our game, there have been some controversial calls. We also know that over the course of that century plus of hockey, ultimately the strongest and most committed teams overcome adversity.

That’s all for now. Look for some off-day information soon.