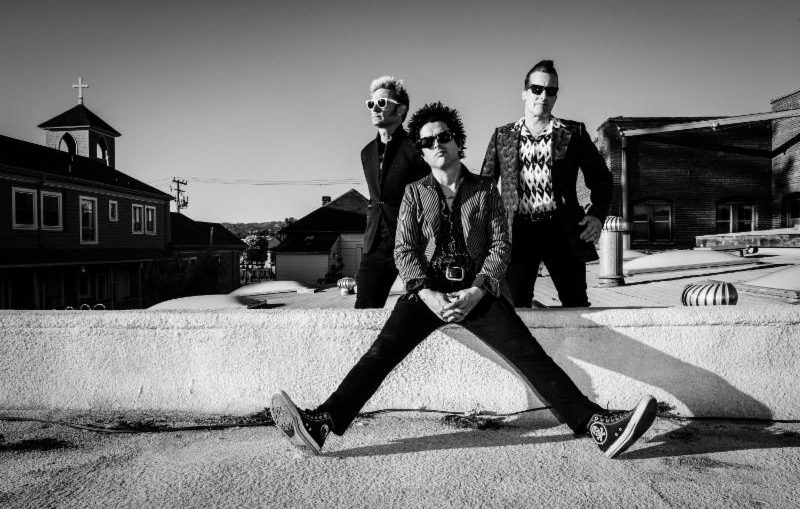 Share on Facebook Share
Share on TwitterTweet
Share on Pinterest Share
Share on LinkedIn Share
Send email Mail
Print Print
September 6th, 2016 – (Los Angeles, CA) – Rock and Roll Hall of Fame inductees and Grammy Award-winning rock band Green Day will hit the road for a series of intimate club shows in the U.S. and Canada in support of their upcoming 12th studio album, Revolution Radio, which will be released by Reprise Records on October 7th. The North American dates kick off on September 20th in St. Louis, MO and conclude with a show on October 20th in Berkeley, CA. Tickets will be available for purchase by Idiot Nation members on Wednesday, September 7th at 9:00 AM local venue time. For more info on the pre-sale, visit www.gdidiotnation.com. A general on-sale will begin Friday, September 9th at 9:00 AM local time. Visit www.greenday.com for ticket info.
In January, Green Day will launch a European arena tour in support of the album. The Interrupters will support all dates in Europe. Please see below for all upcoming dates.
Produced by Green Day and recorded in Oakland, Revolution Radio is a potent 12-track blitz of angst-ridden anthems that unites Green Day’s fully formed stylistic approach with lyrical themes that address the complexities and uncertainties of modern day existence. Musically, the album is raw, visceral, and fearless – solidifying the band’s reign as one of the leading voices in rock music. Inspired by recent events, the first single “Bang Bang” marks a welcome return from a band with more to say than ever.
Revolution Radio is available for pre-order at www.greenday.com. Those who pre-order will receive an instant download of “Bang Bang.”Watch a lyric video for the track HERE.
Green Day’s upcoming tour dates are as follows:
ABOUT GREEN DAY
Green Day is an American punk rock band composed of vocalist/guitarist Billie Joe Armstrong, bassist Mike Dirnt, and drummer Tré Cool. Formed in 1986, Green Day was originally part of the punk scene at the DIY 924 Gilman Street club in Berkeley, California. The band’s early releases were with the independent record label Lookout! Records. In 1994, its major label debut Dookie (released through Reprise Records) became a breakout success and eventually sold over 10 million copies in the United States. Green Day was widely credited with popularizing and reviving mainstream interest in punk rock in the United States.  Green Day’s follow up albums Insomniac (1995) and Nimrod (1997) each sold over two million albums and were certified Double Platinum, and Warning (2000) was certified Platinum.  2004 brought the band’s rock opera American Idiot which reignited the band’s popularity with a younger generation and sold over six million copies in the United States.  Green Day is one of the world’s best-selling bands of all time, having sold more than 75 million records worldwide. The group has won five Grammy Awards: Best Alternative Album for Dookie, Best Rock Album for American Idiot, Record of the Year for “Boulevard of Broken Dreams”, Best Rock Album for the second time for 21st Century Breakdown and Best Musical Show Album for American Idiot: The Original Broadway Cast Recording. In 2010, a stage adaptation of American Idiot debuted on Broadway.  On April 18, 2015, the band was inducted into the Rock and Roll Hall of Fame as a part of the 2015 class in what was their first year of eligibility for induction. On October 16, 2015, Green Day released the documentary Heart Like A Hand Grenade, an unprecedented behind the scenes look at the writing and recording of their legendary album American Idiot.
www.greenday.com
photo by Frank Maddocks