Morgan Barron is a star winger for Cornell University, and he happens to be a draft pick of the New York Rangers. In what’s looking like a tremendous pick, he was taken 174th overall in 2017.

At 6-2, 209 pounds, he has the body of a power forward and he’s not afraid to throw his weight around.

“Absolutely, it’s something we’ve talked about a lot after last week’s game, we weren’t physical enough at all. A team like Quinnipiac who’s skilled and a team like Princeton, who’s skilled, if you don’t finish your hits and play physical, they’re going to run all over you,” said Barron, after a close win against Princeton.

Now 21, he’s having his best statistical season on a Cornell team who has Frozen Four hopes. In his last 57 games, he has 24 goals. Even though he was drafted as a center his play along the wall is so good that wing may be the best way to optimize his offense at the next level. He did take 12 face-offs and won seven of them. He has third-line NHL potential if everything breaks right for him. He can play a fourth-line role as well.

He wears a “C” for “Big Red” and wore one playing for St. Andrews College in Canada. The New York Rangers were there watching his game against Princeton and he got a helper and was a +1 on the night. 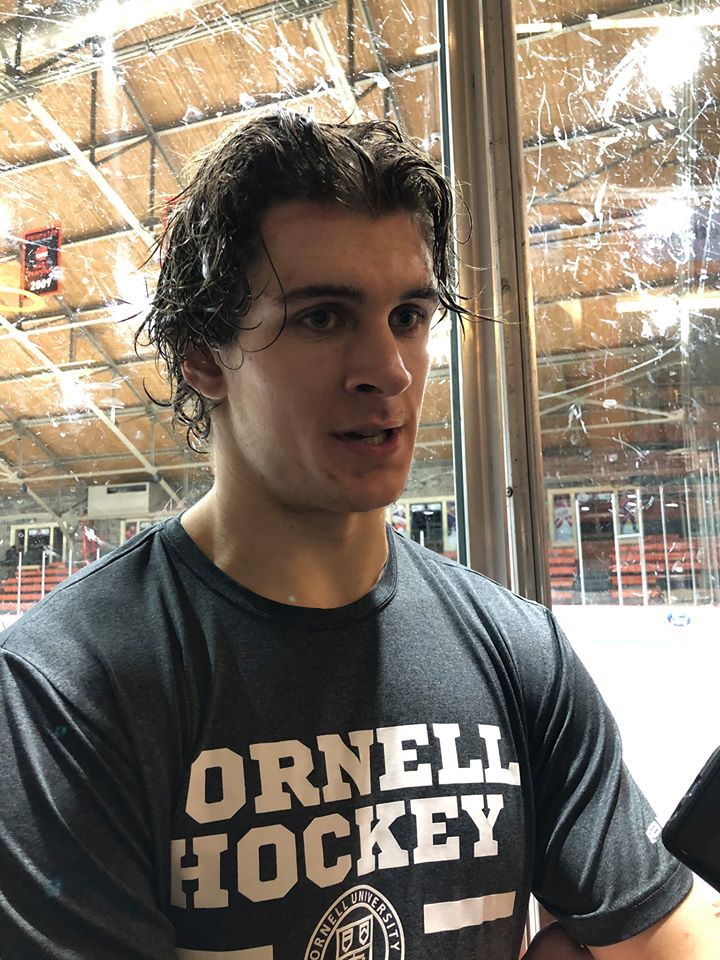 Barron’s skating is good, but can be improved upon, and will be. He can play in all situations and has good hard passes on the power play that avoids those active sticks. They had him rotate on the power play and he had no issues at all. He already has a pro-one-timer.

“I don’t think our penalty kill did exactly what we wanted to do tonight, we felt like we gave up a few too many chances, but the last few weekends we’ve been moving in the right direction.”

I think the Rangers will sign him after this season. With Hartford seeming poised to make a playoff run, he can get some time with them. That’s the best-case scenario and then the team can see how he does and whether or not he would have a chance to play some preseason games next season to gauge his progress.

The Rangers won’t rush him, but they’ve already done a good job identifying him and the fact that he’s with a coach who preaches defense first, that could give him a leg up when he’s competing for a professional roster spot.