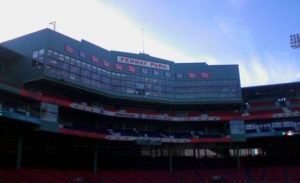 OOTP has always been a game that’s been on my radar. I’ve played it in the past but sometimes I get bogged down and can’t review as many games as I did before. I am a fan of computer games. Consoles are great, but computer games always seem to have the capability to have a great realism on the statistical side.

OOTP is a delight. It’s easy to get started. Everything is customizable and it dawned on me to try and play some classic teams. All the current teams are there but I went back to the past. Maybe as I’m getting ready to release my baseball book “Pioneers of Baseball” I wanted to bring these names and photos to life. You can pre-purchase that here: https://www.amazon.com/Pioneers-Baseball-Russ-Cohen/dp/1628654465

I decided to play the 1901 Philadelphia Athletics vs. the Boston Beaneaters. Nap Lajoie (had 14 homers, 125 RBI and hit .426 that season) had a key home run in the bottom of the fith to put his team up 2-1 and they went on to win that game 7-3. Eddie Plank got the win (the rookie was 17-13 that season). Vic Willis took the loss. He was a 20-game winner that season. Connie Mack spoke to the press postgame, it was fun.

This game is accurate. There were four errors in the game and that was common back in that era. It all felt right and very real.

I have an iMAC and the game still works on this older computer. My IOS is a few updates behind and it didn’t matter. That’s fantastic for more people like me that don’t have a brand-new computer.

You can purchase it here: