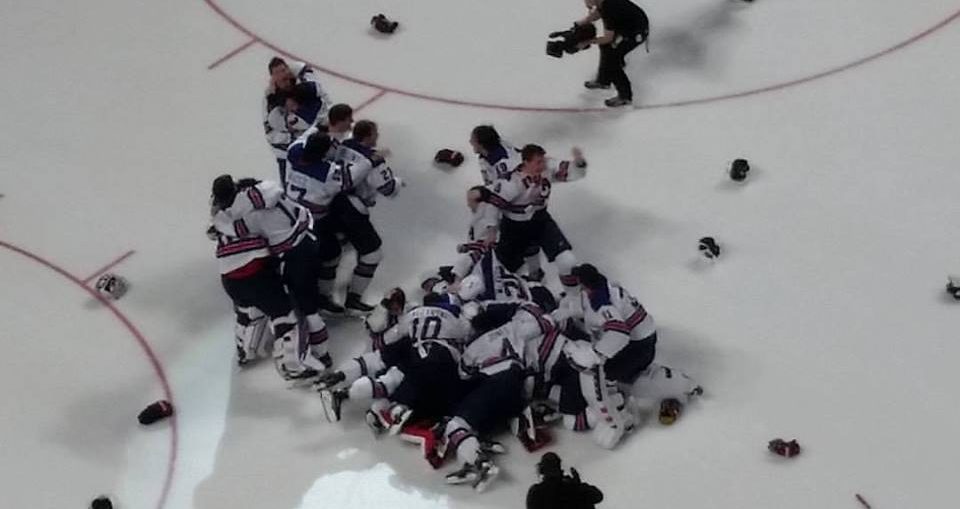 The easiest thing in the world to say is you’re not sure how good this young player is going to be. Some hide behind that and some just don’t know, and that’s ok. My take is nobody can know for sure but after seeing him play the last three seasons at Harvard plus international play, in live viewings, I feel confident that not only will he be an NHL defenseman, but he will be an above-average one to boot. At the NHLPA Rookie Showcase, he had a chance to put on the Rangers jersey and skate around a bit.

“It’s cool. It’s definitely nice to put it on here and hopefully I can wear it a lot more during the season,” he hinted.

He’s arguably the best defenseman that Harvard has ever seen, I don’t think his coach Ted Donato, a one-time New York Ranger, would argue with that. He’s known for his offense, but he is very solid defensively as well and that’s why I think he can settle into the NHL quickly because he has that solid foundation. Did the two ever discuss the Rangers?

“Not too much to me. He has his Boston fandom. I’ve heard nothing but great things. I’m excited,” Fox said with a smile knowing I was on a fishing expedition.

He’s listed at 5-10, 185 but he’s probably a solid 190. He’s tough out there and hard to get off the puck. He’s very disciplined and doesn’t take bad penalties. He looked good at the World Championships; he only had a point, but he helped his team. 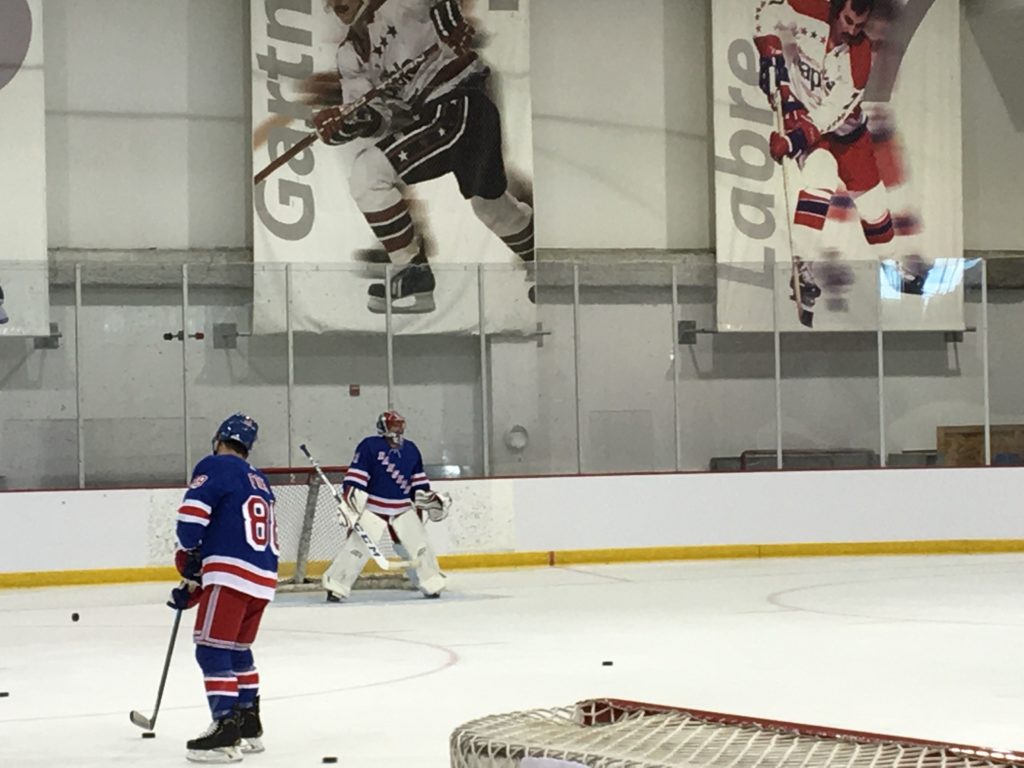 A good precursor that showed how good he was going to be was during the 2016-17 World Junior Championship when he struck gold. He was so good in that tournament. He had four points in seven games, but he wasn’t the top power play guy. Charlie McAvoy was that guy. And when he starts his pro career, he may not get on the power play, although he has a terrific point shot. He will be able to contribute five-on-five points, something he’s always been able to do. He knows the adjustment when you turn pro.

“The obvious, bigger, stronger, faster guys. For me, I focused this summer on becoming a little bigger and a little stronger to make that adjustment a little easier for me,” Fox stated.

He’s 21, he’s a smart human and he has a very high hockey I.Q. as a player too. He’s calm out there. A calm passer. Calm bringing the puck up the ice. Nobody has a completely seamless transition but his coach, David Quinn, certainly knows the player well enough to know he can give him a role and he will carry that out and eventually excel in it.

Don’t underestimate this player. It’s easy to say college free agents are a crapshoot. But every player is different his career arc has been impressive so far.