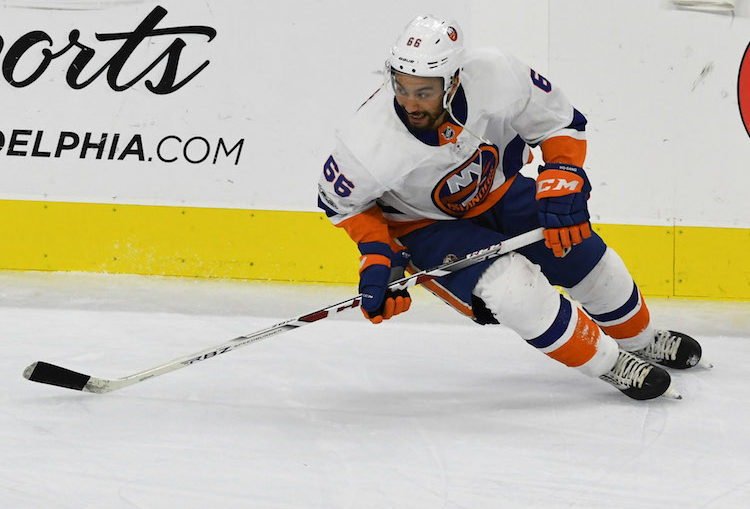 Philadelphia – The Islanders are red-hot. One of the reasons it’s working so well is their team speed. It can be a lot to handle and Josh Ho-Sang has speed to burn.

“We have a lot of great skaters on our team,” said Ho-Sang. “I think overtime kind of plays in our favor. We’re just happy to capitalize and get a couple of wins.”

In overtime the tireless captain, John Tavares played almost the entire duration of the extra frame. The game ended at 2:44 and my estimation of the time Tavares played was two minutes, possibly more. Ho-Sang shined in OT. He showed off a gear that the Flyers weren’t ready for and he whizzed around the defense and eventually fed the puck to Nick Leddy who had all day to shoot.

“He’s got an engine like no one,” Ho-Sang said about his captain. “John controlled the whole shift I was on at least. He brought the puck out of the zone twice. We just try and read off him. He creates a lot of space. He kicked it to me and it worked out.

“It’s tough. I didn’t play much after the two-minute mark (in the third period). I think people don’t understand when you don’t go out on the ice for 10-minutes straight and you gotta get out there. When I went out there I just had to feel it out, for a little and get my legs going, fortunately that play opened up.”

Doug Weight made the Islanders young forward wait to play in overtime. You could tell he was dying to get on the ice again. He had to wait around a while to get back in the game and sometimes that’s challenging for any player.

“Doug just gives me a tap and I go. He’s a really intuitive coach. He uses his gut feeling. Sometimes he’ll do stuff like that, Sometimes I’ll play the second minute of overtime. Sometimes I play the last minute. It’s the same for everyone except for John.”

In his first 33 games, he has 18 points. So far, this season he has eight points in 12 games. His 8 PIMS are showing pretty good restraint. That’s something that has derailed him before. Taking the bad penalty or showing a lack of discipline. I can’t say he’s 100% past that but he’s certainly maturing as a player. At 21, it’s not a shock at all.

When the Flyers and Islanders meet the play is pretty wide open. Coaches don’t love when teams trade chances for most of the game.

I think our coach is ok with it as long as we’re winning,” he laughed. “We want to focus on defense. We want to be one of the highest scoring teams in the league with one of the lowest goals against. I think that’s the focus of any team. We’re happy to come out on top. It’s good that we can score. We want to try and limit teams and not give up four goals a game. It’s no fun for our goalies.”