You are here
Home > Hockeyology > Through the Eyes of the Mask: Steve Mason 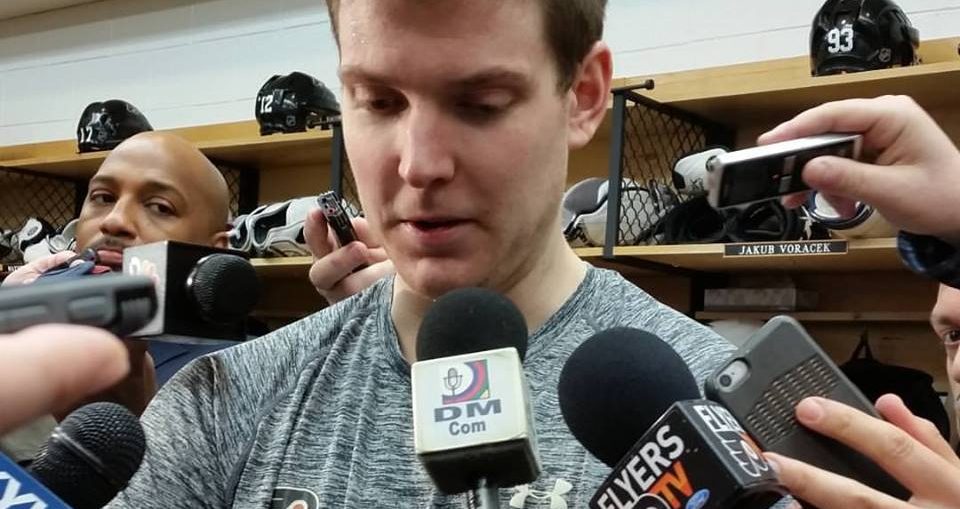 According to Flyers’ veteran goalie, Steve Mason, the key to winning is having a strong mind and a good start. “It’s definitely been a mental test the last few games, more than a physical test,” Mason said. “The last few practices, I’ve really tried to push the pace to make sure that I’m ready for the next start.”

The 27-year-old Oakville, Ontario native started his tenth-straight game on Wednesday, April 6, 2016 against the Detroit Red Wings, as the Flyers continued to fight for a playoff spot. “It would have been a lot more difficult if we weren’t in the playoff race,” Mason said. “When you’re playing for something meaningful, it’s a lot easier.”

The heavy workload has helped Mason thrive; he has been looking better every game. Since March 5, 2016, he is 9-2-3 with a 2.10 goals-against average and .928 save percentage in fourteen games. He has more wins than any goalie in that stretch, and of the twenty goaltender’s to play at least ten games in that span, he ranks third in goals-against average and save percentage.

Discipline and patience help Mason face back-to-back games and large amounts of games occurring in a short time frame. “I tell myself not to get ahead, looking at future opportunities. I want to take one day at a time, one practice at a time, and eventually, one game at a time.

“That’s just kind of the way I try to break everything down. I break my games down to segments in terms of three sets per period. I try to simplify things as much as possible, to not get overwhelmed by the task at hand,” he explained. His method has surely proven itself to be successful. Defenseman Shayne Gostisbehere agrees, ”He’s our MVP. He’s the backbone of our team.”

With the Flyers’ hopes of being in the playoffs and the high expectations of Philadelphia fans, Mason has a lot to handle. He’s started 11 straight games including the overtime loss to the Toronto Maple Leafs. At even strength Mason has recorded a terrific .934 save percentage. The talented net minder has gained more confidence in the net, and he is physically and mentally ready to continue his successes as the Flyers starting goaltender.