Noah Meier – Defense – Is a player to watch for Team Switzerland. He’s a 2021 draft eligible player and has some good wheels and stick and has some offense in his game.

Samuel Hlavaj – Goaltender – He’s been a star for Sherbrooke in the QMJHL. Last year the 6-3.5 backstop played in the CHL Top Prospects Game. He has to come up big for Slovakia in this one. He’s 2021 draft eligible.

Tim Stutzle – Center – Ottawa Senators – He’s done rehabbing his hand from a surgery he had, and now he’s embarking on playing in the middle for his home country. There’s little he can’t do on the ice. He needs to dominate on face-offs which he’s been practicing.

Anton Lundell – Center – Florida Panthers – He had a four-goal game for HIFK this season, but in this tournament, he’s going to be called upon to get his linemates involved in the scoring, and that’s his biggest strength. 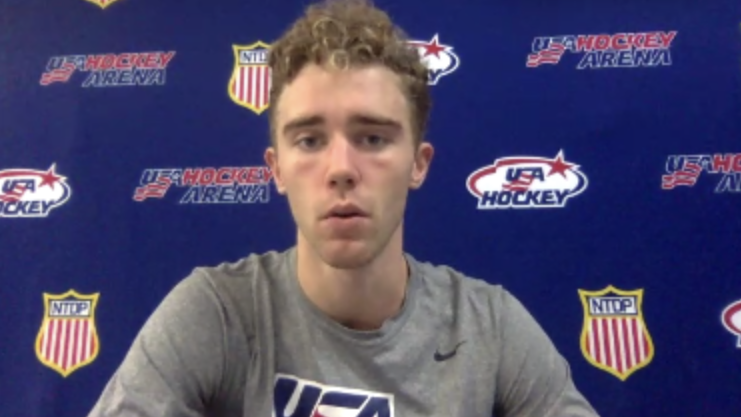 Yaroslav Askarov – Goaltender – Nashville Predators – He’s the best goalie in the tournament. He only gave up one goal vs. Canada in a pre-tournament game, and it took a perfect shot to get it done. Somehow, the U.S. needs to score 2-3 goals to win this contest.

Spencer Knight – Goaltender – Florida Panthers – He could be the second-best netminder in the tournament. He played strong in four games for Boston College before heading into the bubble. He gave up two goals on nine shots against Finland in a pre-tournament game. One goal or less is a tall order against a talented Russian team.

Team Canada will play their first game that counts on Saturday at 6 PM et. They’re the team to beat, and they beat Russia 1-0 in a pre-tournament game. They faced a hot Askarov, so that’s why the goal total was low. Germany will have their hands full for sure.