You are here
Home > Hockeyology > 10 Flyers Thoughts on Game Two

The Philadelphia Flyers lost to the Montreal Canadiens 5-0 on Friday afternoon, tying their Best of Seven Eastern Conference Quarterfinal Series at one game each.  Here are some observations.

1)         If the second period of Game One was a blueprint that interim Canadiens head coach Kirk Muller (after head coach Claude Julien’s unfortunate coronary episode following the contest) was looking to exploit, the Flyers seemed more than willing to acquiesce right from the drop of the puck. Philadelphia would not get a shot on goal until 16:24 into the period. Their pace of play seemed mired in quicksand, and the Canadiens pounced barely over a minute into the game when Tomas Tatar potted a rebound of a Brendan Gallagher shot. It was the first time since the Flyers arrived in Toronto that they trailed in a game and the Canadiens smelled blood.

“They’re a quick team,” Flyers defenseman Matt Niskanen said. “Personally, I think we have gotten out of the zone alright, but they put pressure on. They force us into some mistakes and they’re opportunistic too. I think it’s more their quickness around the net. They fling pucks towards the crease with bodies there. They’re hungrier on the net, so they’ve gotten some goals out of situations like that. It’s going to take a better effort from everybody to get the ice tilted back the right way.”

2)         The Canadiens, whether emboldened by the Flyer’s lack of pushback or inspired to perform well for their ailing coach, continued to hamper any efforts by Philadelphia to make clean plays out of their own end, putting additional strain on Carter Hart, who had starred in Game One. Jesperi Kotkaniemi would further put Philadelphia on their heels when he scored on a rebound of a Jonathan Drouin shot at 12:36.

3)         If the Flyers hoped to climb out of their first period hole, it transformed into an abyss after Tatar notched his second goal of the game on the powerplay early in the second period following Justin Braun’s inadvertent screening of his own goalie. It highlighted the massive struggles of the Braun-Shayne Gostisbehere pairing which was merely average in Game One and practically a train wreck on Friday.

4)         Philadelphia had a major opportunity to pull back in the game after they fell behind when they got a five on three powerplay chance, but never seriously threatened. “Pucks didn’t go our way tonight,” Kevin Hayes said. “They handed it to us pretty badly tonight. There’s no question in my mind that we have guys on our team that step on that ice, want to win, and try their hardest to accomplish that.” 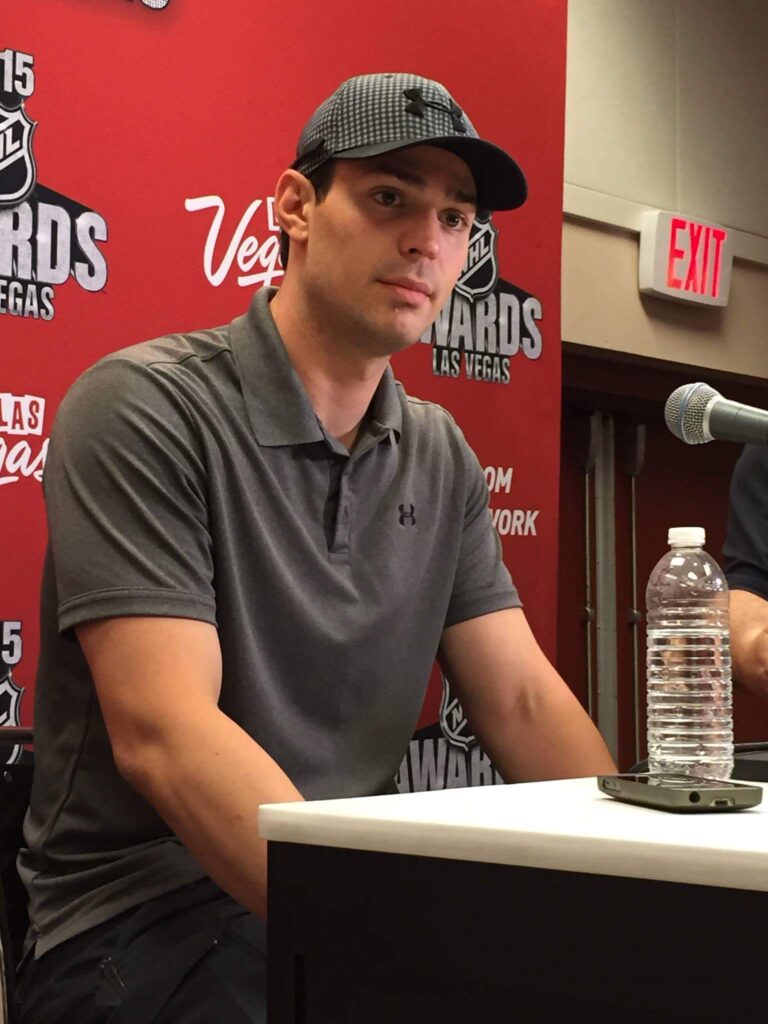 5)         Carter Hart was pulled late in the second period for Brian Elliott, finishing his day early with four goals against on 26 shots. It was the first time that he’s been pulled from a game since January 4. While Hart could be pointed to for two of the four goals against, the team defense in front of him was terrible, which prompted Vigneault to put Brian Elliott in for the remainder of the game.

“Obviously, they came out hard,” Hart said. “I think they were just winning a lot of foot races and getting on loose pucks. Obviously, I got to make a couple more saves. We know they’re a team that plays hard. They crash the net hard. They got some small forwards that skate really fast and try to play a fast game.”

6)         Kotkaniemi continued his strong performance in Toronto with his second goal of the game at 10:35 of the third period.

7)         A major concern for Philadelphia heading into Game Three is the status of leading regular season scorer Travis Konecny who left the game midway through the third period following a blocked shot.

8)         It had been a source of pride that the Flyers got through the round-robin undefeated carried by the unexpected scoring of their bottom-six forward groups. But that belied a greater concern that bore fruit on Friday: their top big-ticket forwards such as Claude Giroux, Konecny, Jake Voracek, and James van Riemsdyk continue to be held in offensive check.

“There’s no doubt that in any time, whether it be in-season hockey or playoff hockey, you need your top players to be driving the bus,” Vigneault said. “Right now, I know that their intentions are good, but it has to transform itself on the ice surface. Tonight, the total team was off. We hadn’t had one of those in a long time. We’ve been playing some pretty good hockey lately. At the same time, we picked a bad time to play a bad game, but we did.”

For the Flyers to make any headway in these playoffs, the offensive leaders can’t afford to be spectators anymore.

9)         Vigneault continually tinkered throughout the game looking for an offensive spark, as he scrambled their defense pairings and reuniting Voracek with Sean Couturier and Giroux. Nothing seemed to work. Not only did the Canadiens outshoot the Flyers 32-30, in addition to those shots on goal, Philadelphia had 24 more that missed the net.

10)       The Flyers head coach made note of the Canadiens deploying their first power play unit after the score was 5-0 and was none too appreciative.

Check out my new hockey book Sticks and Stones here. We feature Shayne Gostisbehere in the book!