Andrew Farriss was a big part of the band INXS. He will always be well known for that, but he was writing during the pandemic and is now announcing that he has his latest single “My Brother” off the new EP “Love Makes The World”.

I caught up with him for an interview. Here’s how that went.

Russ: What made you want to work on a new album and put out an EP ahead of it?

Andrew: For me, I’ve always been a songwriter. That’s the main thing that I’ve done in my career for music. I started writing some songs with some country guys in Nashville because my wife Marlena is from Dayton, Ohio. I had some friends in Nashville, and I used to go down there to catch up with them socially, and I started writing with some people there, girls and guys. I really enjoyed it, and I’ve always enjoyed country music. I enjoy the background of it, especially the early years of it. It’s very different from the INXS world that I’d come out of. I worked as a record producer and a songwriter with other artists. There’s a big world out there.

Russ: I listened to your song “All The Stars Are Mine”, and I didn’t get a heavy country vibe. I really liked it, and I’m not a country music fan. I don’t know if that means I like what you’re doing or I’m starting to like country music?

Andrew: The EP was born by accident. I was actually releasing my self titled LP called “Andrew Farriss” when the pandemic kicked in, and everything went nuts. I’d already released two songs; one was called “Midnight” and the other “Good Momma Bad” (video: https://youtu.be/u1VPYmwRx8c) the record label Broken Bow and BMG suggested I pause my album release and I was like ‘who because that’s not what I want to do’. Like the rest of the world, my plans had to change because of the virus. I thought about it for a minute then I went back to the record label and told them that I understand. All the promotions department people and people who work on the record have all gone home. I said I’ve got some other songs, and luckily, the lyrics when I looked at the five tracks, all are on the EP, they relate to what the world’s going through right now in my mind. I took them to the label and asked them if they would be interested in putting these songs out? I thought they would say no, but they said yes. And that’s why we’re talking about my EP. They said they liked the songs and would like to put them out. I’m not sure they put them into a box and labeled them country music. I appreciate that you said you like my song; I appreciate that. 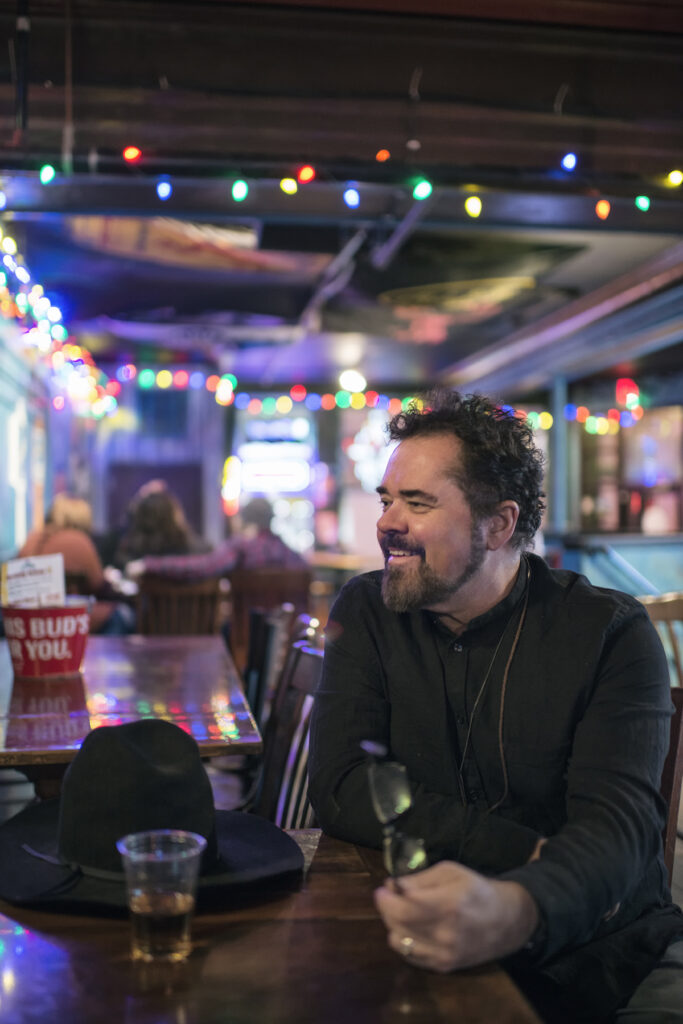 Russ: I did get a hint or felt like I got a hint of INXS with the guitar work at the beginning especially.

Andrew: For me, as Andrew Farris, I was the main songwriter for INXS along with Michael. We used to work together. Michael didn’t play an instrument. His instrument was his voice, and he was a great lyricist. I write lyrics too, but because he was the lead singer, I felt it was a good idea to write more of the lyrics because he had to sing them on stage. For me, because Michael didn’t play an instrument, I had a lot of responsibility to come up with the music for INXS. I used to write quite a lot of the parts. Not just the song, but I would write parts of the songs. I guess it’s not entirely surprising that some of my songwriting is my personality that comes out in my songs. It’s in me.

Russ; I see it’s the 30th anniversary of the X album, and I feel most people my age had it. How do you feel about how good the longevity of that has been?

Andrew: It’s been really good. I wouldn’t say I’m surprised but I can actually get a little emotional about how successful INXS has been. To quote John Lennon “You’re lucky if anyone likes you”. Over the years, for INXS our catalog has amazed me. We worked in 52 countries, and our songs are still played on many contemporary radio stations all around the world. I don’t know if that happens to a lot of other artists. I wish I could tell you exactly why that is. I think possibly it’s because as a band, sometimes we used to cross different music genres. One minute we’d be playing a harder rock, and then we’d swap over to something with classical instruments. We’d put elements of EDM or dance or Funk in there with things, and very early on, we would experiment with re-mixes when people really didn’t know what that was. We were doing that stuff years ago. People began to realize with INXS was that we were kind of open-minded to different music genres, and that’s one of the things with radio that really enamored people to INXS, and that’s why I feel emotional about it now because I just feel really lucky. Seriously, I feel very lucky.

The interview then moved on to sports, but I’ll post that another time.

For more information and everything Andrew Farriss, please visit www.andrewfarriss.com.