You are here
Home > Hockeyology > Who Will Be The Philadelphia Flyers Goalie In 2019? 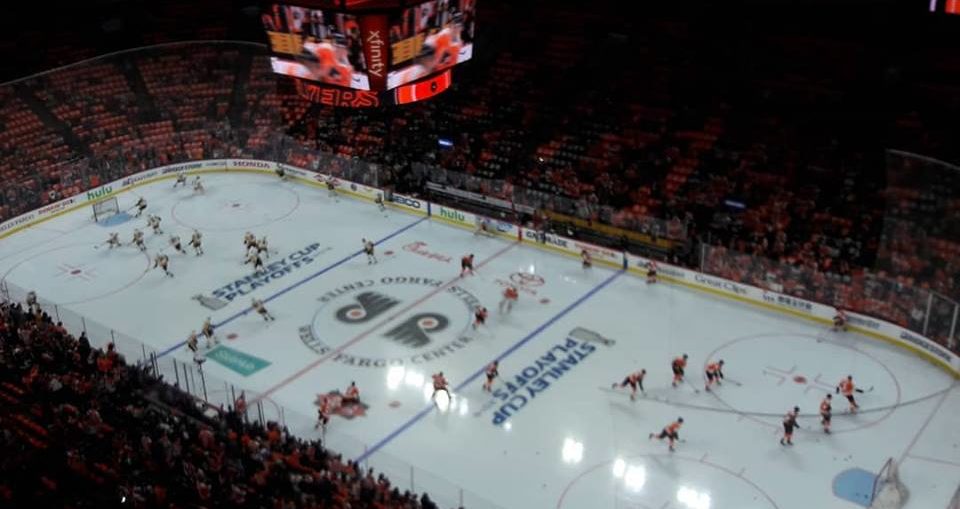 The Philadelphia Flyers will give Brian Elliott another shot at holding down the starting goalie position in 2018-19. History hasn’t been kind to Flyers goaltending since Bernie Parent and the Broad Street Bullies won a pair of cups in 1974 and 1975. Sites which offer NHL betting lines show Philadelphia as +2600 longshots to win the Stanley Cup in 2019, according to odds
sourced by CanadaSportsBetting.ca.

Unless reserve Michal Neuvirth suddenly turns into Sergei Bobrovsky, both Elliott and Michal may not goaltend for the club after their contracts expire at the end of the season. Philadelphia will have the option of resigning the pair, but a bunch of superb restricted and unrestricted goaltending talent will become available in 2019. Under the right circumstances, the Flyers might find a willing trade partner to acquire a winning netminder. 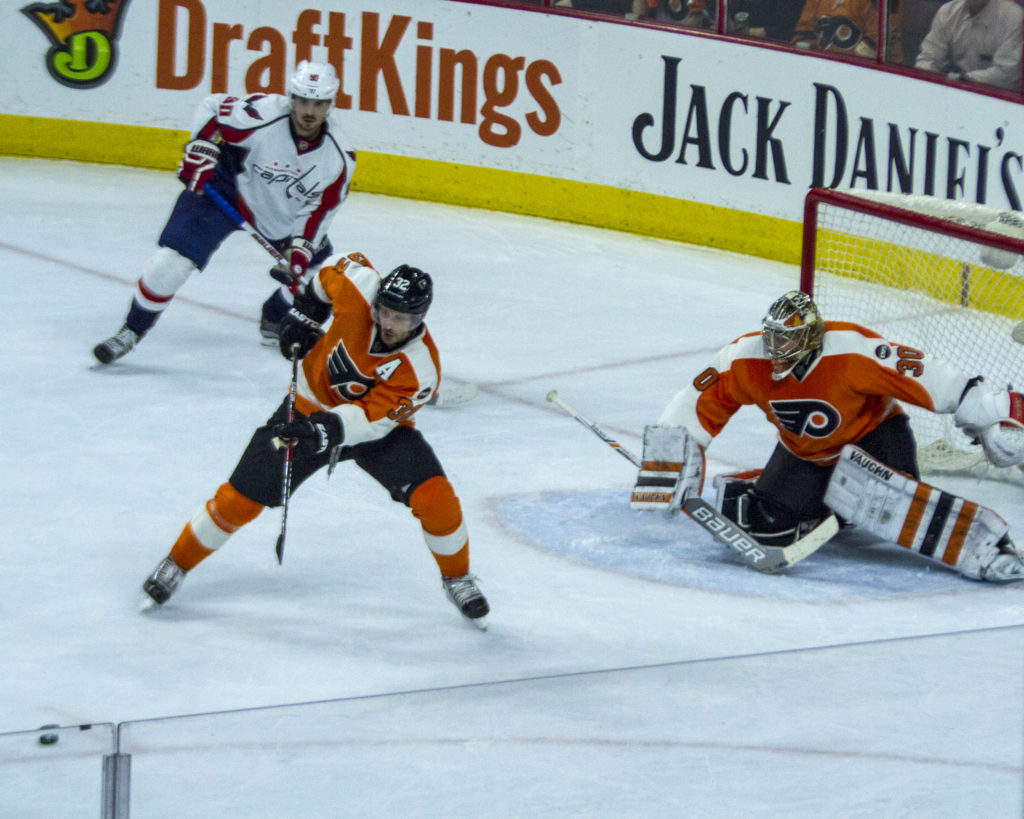 Bobrovsky began his career with the Flyers before he morphed into a two-time Vezina winner. He’s nearly unbeatable when he’s on his game, capable of creatively robbing the best snipers in any situation. Over the past two seasons, Bobrovsky’s posted a 2.24 GAA, .926 SV% and 12 shutouts. Philly may have enough cap space to solve inconsistent goaltending with money. 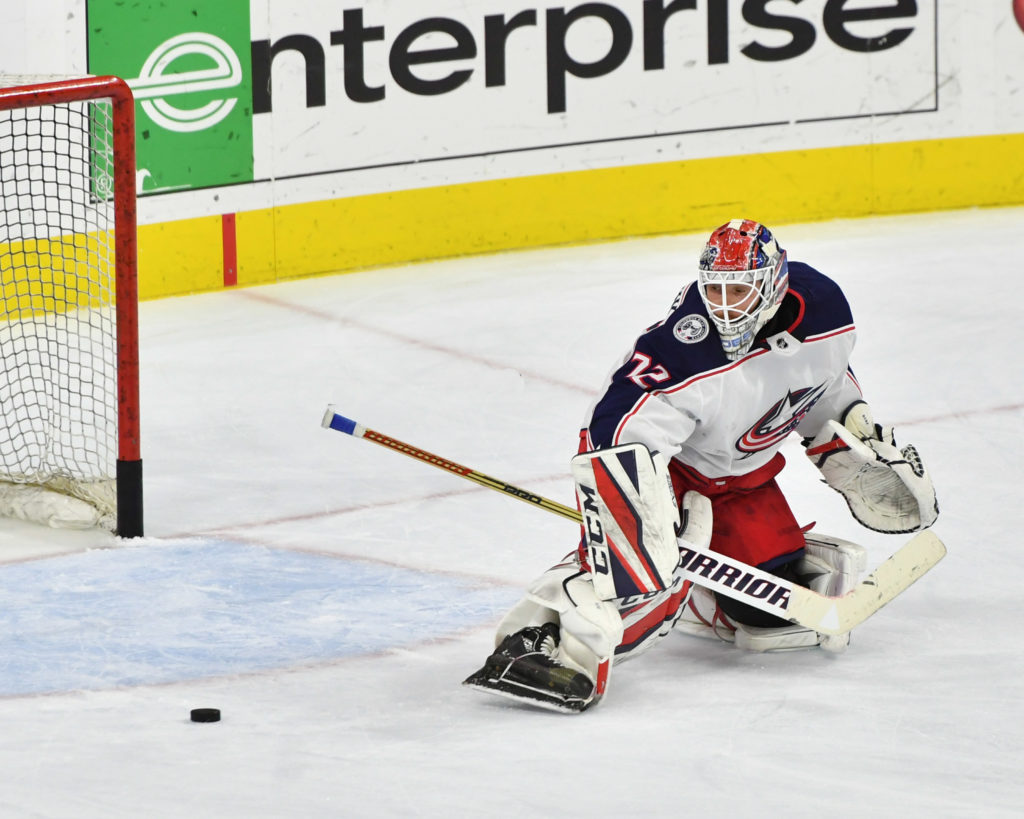 Pekka Rinne finally won a Vezina Trophy last season after a successful regular season campaign with the Predators, who won the 2017-18 Presidents’ Trophy. He didn’t perform as well in the playoffs, which translated to an early exit for Nashville. An aging, expensive Rinne would be a stopgap at best, giving the Flyers an opportunity to develop a replacement via the draft or farm system. 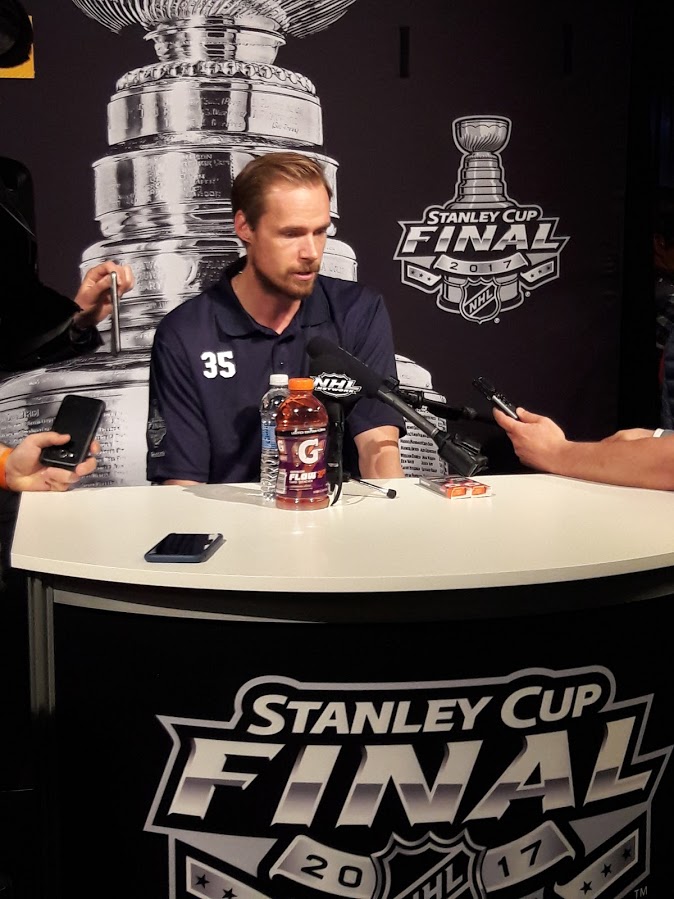 Injuries dog Mike Smith throughout his career, who toiled with Arizona for six years before a disappointing first year in Calgary. When healthy, Smith’s a veteran, top-ten goalie, capable of backing a club to victory. If Mike doesn’t lead the Flames to the playoffs this season he may be an excellent short-term option at an excellent price.

When Colorado signed Phillip Grubauer for a light cap hit of three years and $10 million, the team signaled a likelihood of moving on from Semyon Varlamov. He earned a .919 SV% on a weak defensive club over the past five seasons, making him an intriguing free agent option for an established contender. Varlamov’s had spells of inconsistency, but he might thrive behind a strong defensive unit.

Talbot looks to repeat his Vezina-worthy season two years ago to maximize his salary when he enters unrestricted free agency in 2019. Cam had a 3.02 GAA and a .908 SV% last season, enduring a down campaign along with the rest of the Oilers franchise. Similar to Varlamov, Talbot’s never had the opportunity to anchor a team with a competent defense. If Cam has a strong season, he may be too expensive to pry away from Edmonton.

Miller filled in admirably when John Gibson needed a break, earning a 2.35 GAA and a .928 SV% along with four shutouts last season. Ryan’s past his Vezina prime, but he’s always been a steady presence as a veteran starter on teams with varying quality. On a great club, Ryan’s still capable of providing superb goaltending. Similar to Smith, Miller could be a great backup or short-term option between the pipes.
Restricted Free Agent Goalies

Malcolm filled in admirably with the Golden Knights when injuries created a goaltending carousel during a historic season in Vegas. Thrust into a starting role for a quarter of the year, Subban won 13 of 19 games, posting a respectable 2.68 GAA and .910 SV%. Still young, Malcolm will continue to improve as he enters his fourth season as an established prospect with a considerable ceiling.

Joonas operates in the shadow of the elite Bobrovsky, serving as a solid backup for the last three seasons. His rookie campaign was his best, with a 16-11-4 record, 2.60 GAA and a .920 SV%. Korpisalo’s stats have waned over the past two years, dropping to 3.32 GAA and a .897 SV% last season. If Columbus decides to stick with Bobrovsky they may decide to promote from within the organization and allow another team to take a flyer on Joonas.
Potential Trades

The Canadiens are in the middle of a rebuild after falling out of the playoffs and trading veterans like Max Pacioretty. Carey will return to form after posting a 3.11 GAA and .900 SV%, easily the worst numbers of his career. This Vezina netminder turned 31 over the summer, which means he may be 35 by the time Montreal accumulates enough talent to compete for a cup. Price might approve of moving to Philly after another long season of losing, turning the Flyers into a Stanley Cup favorite.

Anaheim starts the season with injuries once again, which could eventually force them out of the western playoff race earlier than expected. Miller might OK a transfer to a contender if the Ducks have nothing to play for near the trade deadline.

Calgary’s an improved club, so it’s tough to envision a scenario in which Mike Smith plays well without the Flames challenging for a playoff spot. If the Flames offseason acquisitions don’t work out, or injuries hurt the lineup, Calgary may decide to trade Smith instead of losing him for nothing at the end of the year.

photos by Drew King and Sportsology