While John Carpenter had quite the line today with adoring fans looking to get his autograph, another entity did very well for themselves today. One was Tommy Dreamer’s “House of Hardcore” wrestling. One of the fun matches on Friday was Wrecking Ball Legursky vs. Gio Galvano, who’s from Philadelphia. 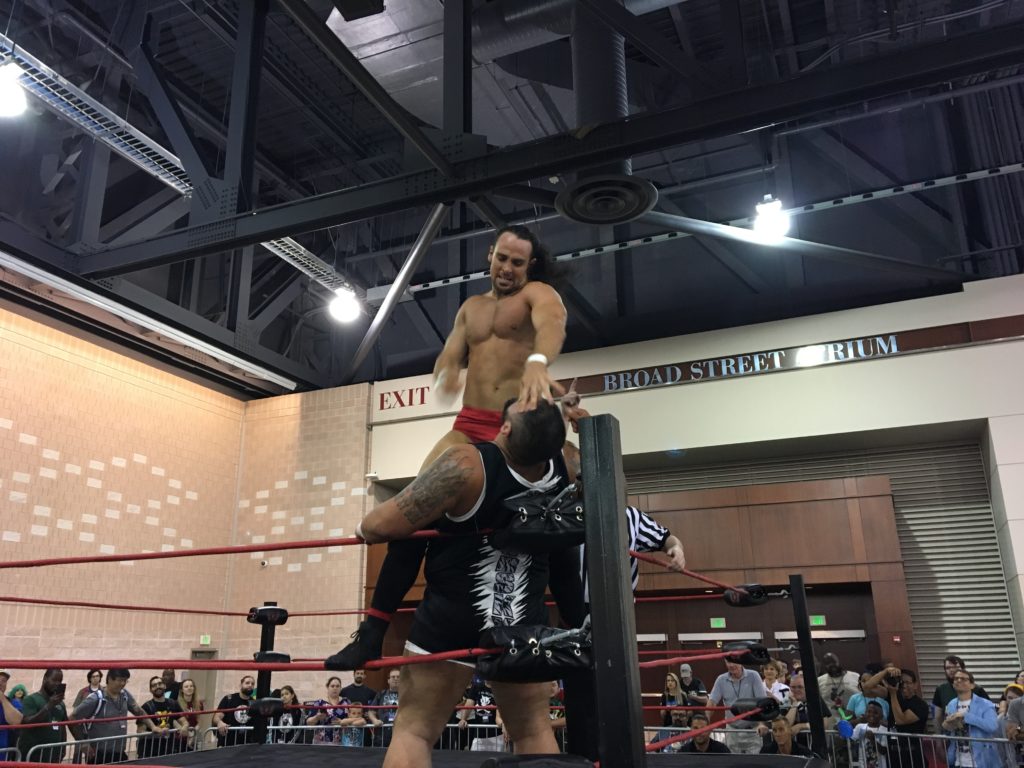 The match went back and forth for a while. Galvano gave away quite a bit of weight and strength to the behemoth bad guy but after some outside the ring shenanigans and solid moves inside the squared circle. Galvano scored the victory.

Galvano gave me an exclusive after the win

“It feels great to return to Keystone Comic Con after the big success House of Hardcore had last year, and when I stood face to face with wrecking ball tonight, I knew the fight was on! I caught him with the “Sicilian slice” out of nowhere at the end, and 1,2,3 it was over. I got the win, but I can tell you we’re both sore walking out of that match.”

Philadelphia loves wrestling. People will stop in their tracks when they announce there will be a match in five minutes. There was quite a crowd. They knew just what to chant. Many of the wrestlers worked the crowd and they high-fived some kids. This match spilled near the crowd at one point.

Fans were very entertained and at the end of the day, that’s all you can ask for.

Note: Today there was a panel featuring Jim Steranko. That will be an article on its own and it will run on Monday.