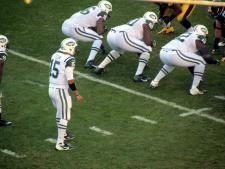 Newsflash to Tim Tebow, professional baseball isn’t a hobby. You can hire instructors, look good hitting batting practice and find a practice pitcher to make you look good. That’s enough to get scouts to show up. The fact that you haven’t played since high school puts you in Michael Jordan territory. He played in AA for a season at the age of 32 and hit .202. What will you do in the Arizona Fall League at the age of 29?

Baseball has no playbook. It’s about instincts and baseball savvy. Unless you’re living the game everyday, in some way, means you’ll be deficient in some key areas.

So far we haven’t heard what position he’ll play? If he plays first base let’s see if he has the footwork to make that work. Ask Keith Hernandez how hard that is. He used to play the outfield and has a good arm, ok, can he make a play against the wall or in the gap? We’ll see.

Can he steal a base? Can he hit anything besides a fastball? Will he know how to bunt or hit the other way? These things don’t happen overnight or even in the course of a few months of play.

Tebow has a job as a commentator and that’s not good enough for him. He will create a circus like he did with the New York Jets and a lot of teams will back out of that for that reason. One or two looking for the quick promotion will take him on because he’ll bring in fans.

The former quarterback is already selling autographs on baseballs and bats and he hasn’t done a thing in the sport. It’s incredibly arrogant on his part. He plays the humble guy but when he puts the Tebow marketing machine in motion I have a hard time believing his persona.

Tebow was a three-sport star in high school. That’s two more than Al Bundy but he didn’t think he could play in the NFL. Tebow once hit a home run 489 feet. Let’s see how he fares against the off speed stuff and splitters.

Television networks will lap up this farce. ESPN will create new segments about Tebow because that’s what they do. Newspapers will devote ink to that instead of more deserving sports because it’s a gimmick. Gimmick’s sell. Reality television sells.

I give Tebow a 1% chance of taking a major league at-bat. I give him 1% because of the Bill Veeck theory. He batted Eddie Gaedel once and the 3’7” pinch hitter drew a walk. Anything is possible.